At Equity Guru when a company makes a promise – we note it.

Later, if there’s a disconnect between the promise and the delivery – we flag it – call the CEO and ask him/her to explain the disconnect (so we can tell you).

Sometimes there are good reasons.

Invictus MD (IMH.V) has made a lot of extravagant promises.

On February 8, 2018 Invictus announced that construction of its Phase 2 facility is almost completed.  That’s good news for two reasons:

“Facility construction is one of the foundations of our progress,” stated Dan Kriznic, Chairman and CEO of Invictus. “We are building state-of-the-art grow and extraction facilities that are meant to last for generations.”

On Sept. 28, 2017 Invictus MD released a summary of its financial and operational progress.

The Phase 1 and Phase 2 facilities at Acreage Pharms, “have a total of approximately 40,000 square feet with expected 5,000 kg of capacity beginning in February 2018, along with a further planned 80,000 square foot Phase 3 expansion for total combined production capacity of 19,000 kg in 2018. 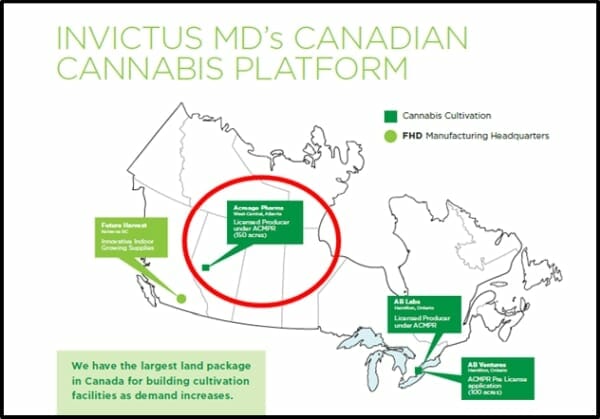 Right now, Invictus is working on:

Before Invictus churns out industrial quantities of weed, there are more hurdles to get over.

A final decision is expected in the next few weeks.

If Acreage Pharms gets a thumbs-up from Health Canada, it can begin growing within the Phase 2 facility by the end of this month.

Another hurdle is the need to acquire a sales license.

That ball is also rolling downhill.

Acreage Pharms has already harvested multiple crops and the product was tested.  IMH anticipates receiving its sales license in Q1 2018.

“With completion of Phase 2, we look forward to beginning our cultivation and to continue to work with our own genetics program to produce high CBD yielding plants and a variety of other desirable cannabinoid profiles including high THC to fill the medical need as well as the recreational market”, stated Trevor Dixon, CEO of Acreage Pharms.”

Electricity for the West-Central Alberta facility is being achieved at 2.8 cents per kilowatt, which is one of the lowest rates in Canada.

IMH will be disposing of water utilizing a septic tank and drain field at close to zero cost.

Invictus recently announced the acquisition of C02 extraction technology, which will use Acreage Pharm’s cannabis as feed-stock to extract and manufacture cannabis oils.

According to Acreage Pharms “Supercritical C02 Extraction” has the following advantages over solvent extractions.

“We have been carefully and strategically building Acreage Pharms to both meet existing demand and anticipate expanded demand across 2018,” stated Kriznic.

On January 26, 2018 Chris Parry wrote, “Invictus MD announced today that it has delivered 120kg of cannabis to Canopy Growth Corp (WEED.T), its first B2B delivery of flower, to be sold through that company’s CraftGrow line alongside PEI’s Island Garden.

“It’s a big day for Invictus, with a clear new revenue stream, a big name reselling partner,” stated Parry, “The company also announced it has increased its stake in its second licensed subsidiary from 33.3% to 50%, for $10m which will be used to expand the facility – thereby making that investment worth more.”

Invictus has about $38 million cash in its treasury. 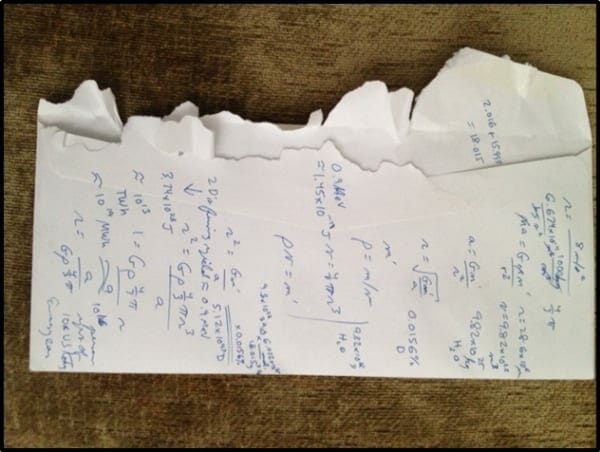 Invictus has a current market cap of $155 million.

It would be a fool’s errand to look forward and try to predict Invictus’s 2025 earnings.

But we can look backwards and observe that Invictus has a track record of making big promises.

Full Disclosure: Invictus MD is an Equity Guru marketing client and we own stock.