Zinc One (Z.V) just blew the rust off

Since then, Zinc One’s stock price has risen 50%. 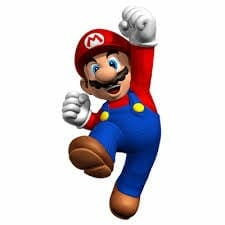 A move from .36 to .54 tells us others are catching on to this company’s potential.

An anti-corrosive element added to iron or steel to prevent rusting – zinc is the metal equivalent of a Class 5 Italian plumber with a hairy bum crack.

It’s not beautiful to look at.

But what zinc lacks in sex appeal it makes up for in utility. 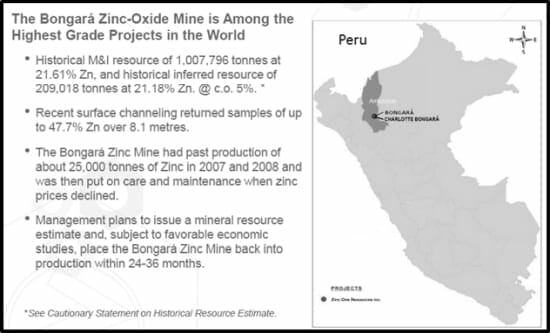 On December 19, 2017 Zinc One reported results from its surface-sampling program the Bongará Zinc Mine Project in north-central Peru.

To put that in perspective, Teck’s (TECK.NYSE) Red Dog Mine in Alaska produces an average head grade of 15% zinc. In 2016 Teck’s mine made a gross profit of about $500 million.

On January 25, 2018, Zinc One released more good news from its “ongoing surface-sampling program at its Bongará Zinc Mine Project in north-central Peru.”

After six hours of trading, this is what the market thought of the news. 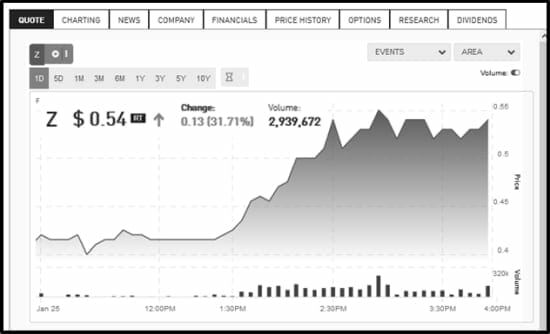 Highlights include a surface channel sample with 45 metres of 27.7% zinc and 4 metres of 30.5% zinc from an exploration pit.

“All three zones lie within a mineralized system that has been traced for over 1.4 kilometres,” stated Jim Walchuck, President and CEO of Zinc One, “The full extent of mineralization potential within this system has not been fully tested and remains open for the discovery of additional, high-grade mineralized zones.”

Unless you are familiar with geo-jargon like “dolomite breccia”, “anticlinal fold axis” and “plunging tabular bodies” – further deconstruction of the assay results may be fruitless.

We believe there is a serious zinc deficit looming, a situation which began last year.

Fortunes can be made in zinc if you know how to play it.

The impending shortage of zinc is happening because two of the world’s largest zinc mines have run out of ore (Australia’s Century mine, and the Lisheen mine in Ireland).

Peru’s Energy and Mines Minister Gonzalo Tamayo stated that Peru is focused on, “the recovery of mining investment in 2018.”

According to Mining.com, Chinese year-to-date zinc production is down 1.3% to 5.65 million tonnes.

Full Disclosure:  Zinc One is an Equity Guru marketing client, and we own stock.