Amidst the rolling waves of dull grey days – have you ever had a brilliant shiny one where it seemed the world was inexplicably fond of you?

ABcann (ABCN.V) – a seller of pharmaceutical-grade cannabis – just had a day like that. 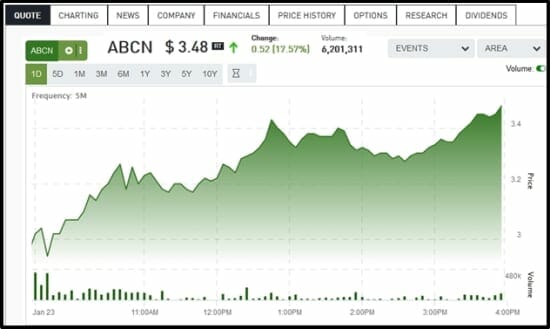 Normally, when a small-cap company trades 6.2 million shares and the stock rises 17.5% in a single day – it is for one of the following three reasons.

We looked for all these factors and found…nothing.

No change in weed regulations.

The trading volumes were spread evenly around the big houses.

Like psychiatry – the public markets are a goulash of intuition and science.

Yes, investors “buy the story – not the stock”. 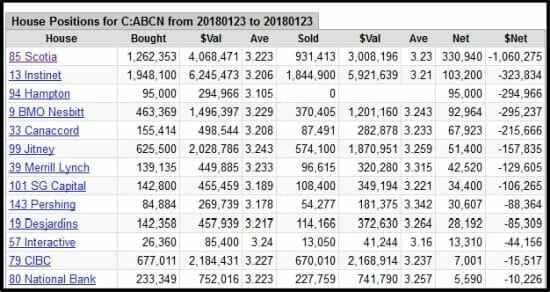 Since the cause of the day’s events remain shrouded in mystery – we’d thought we’d look back into the recent news flow for an answer to question: what the fo’ is going on?

On January 18, 2018, ABcann announced that it received an import license from the Federal Office of Drug Control in Australia.
“ABcann continues to work with government and its industry partners in Australia to develop exclusive programs targeting physician network. ABcann intends to supply medicinal cannabis to the Australian market via the Australian Department of Health’s TGA (Therapeutic Goods Administration) Special Access Scheme.”

“This import license is a key milestone towards generating revenue through ABcann’s network of physicians, pharmacists and patients,” commented Barry Fishman, Chief Executive Officer of ABcann. “We view Australia as an important emerging market for medical cannabis.”

“Attainment of this license is one of several important steps we have taken over the last six months,” stated Henry Pinskier, MD, Chairman of ABcann Australia, “ABcann Australia is committed to providing Australian patients with high-quality medicinal cannabis products.”

ABcann’s tentacles are reaching out across the world:

On January 02, 2018 ABcann announced that Health Canada has granted it a license to produce medical cannabis oils.

“Once ABcann has saleable extracted finished products, Health Canada will conduct a final inspection to approve the sale of cannabis oils by the Company. This is expected in the first quarter of 2018.”

“Receipt of the license to produce cannabis oils is a major milestone,” stated Fishman, “The expansion and innovation of our product lines are a top priority for the Company.”

On December 22, 2017 ABcann announced the closing of a $30 million private placement.

The proceeds of the Financing are expected to be used by the Company to make strategic acquisitions in the cannabis industry, focusing on four main priorities:

“As a result of the closing of the Financing, ABcann’s cash position has increased to over $70 million and positions us to pursue additional acquisitions, including our recently announced proposed acquisition of Harvest Medicine Inc.,” stated Fishman, “The stronger cash position provides greater flexibility to execute our growth strategy.”

According to ABcann’s corporate materials, the growth strategy looks like this: 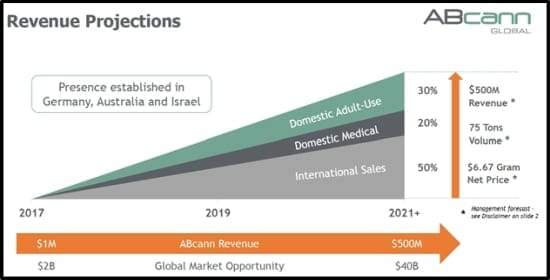 As we told you on December 12, 2017, “ABcann announced that it has entered into a Letter of Intent (LOI) to acquire Harvest Medicine (HMED) – combining “the high-quality, precision growing focus of ABcann with the high-quality, customized patient focus of HMED.”

“This acquisition will be immediately accretive to our shareholders,” stated Barry Fishman, ABcann’s CEO. “Their professional, patient-focused approach is aligned with ABcann’s philosophy of quality and innovation.” 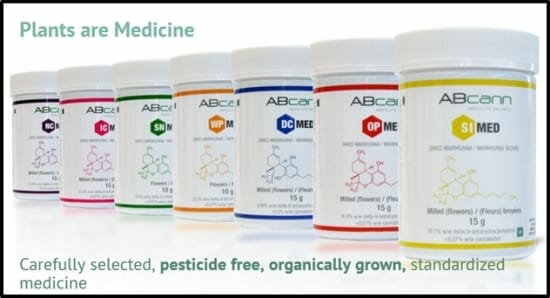 It’s everyone’s dream – to be loved just for being yourself.

Good or lucky – no company, no human, can maintain a long consecutive string of days that good.

But if ABcann continues to attract financing, make savvy acquisitions and expand its sales territories, there will be more good days ahead than bad ones.

FULL DISCLOSURE:  ABcann in an Equity Guru marketing client, we also own stock.