We first told you about this company in blockchain sector’s “Swinging 60s”, which –  on the traditional Gregorian Calendar – converts to December 18, 2017,

Two hours into its first day of trading, KASH’s screen shot from TMX money looked like this:

We told you then, that “HashChain is focused on mining Dash and Bitcoin cryptocurrencies. The Company is currently operating 100 Dash mining rigs and it has purchased an additional 770 Bitcoin rigs which should be up and running by January 2018.”

Since our original story 21 days ago, HashChain has risen 52%.

At Equity Guru, we are not privy to insider information.

We don’t have PHDs in computer science or metallurgy.

Our advantage – if we have one – is that researching, thinking and writing about stocks is our living, so we are more vigilant than a typical retail investor.

A secondary advantage we have is that we get access to the CEOs.

That’s a positive feed-back mechanism.  Investors read our stuff.  So the CEOs talk to us. We get more readers. Which gives us better access to the CEOs etc.

We can read spreadsheets and assay results, but some our most important insights are simply gut reactions.

Occasionally, that reaction is negative and the symbiotic relationship gets blown up.

After meeting the HashChain CEO Patrick Gray we felt he was the real deal:

“Gray is a Certified Blockchain Expert recognized by the Blockchain Council, who has published articles on blockchain technology”.

Gray, sold his first tech start-up to Xerox for $220 million, and later became the youngest executive in Xerox’s history, leading a team of 35 developers in the Xerox Litigation Services division.” 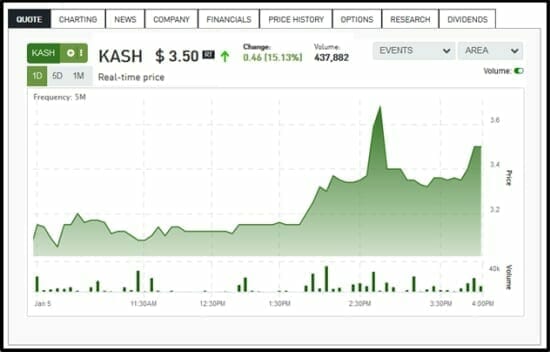 The 5,000 Rigs should arrive between February 28 and May 15, 2018, “subject to HashChain closing the previously announced $26 million bought deal financing.”

In broad US dollar strokes, Hashchain will make staged payments of $20.4 million of which $15.9 million will be payable in cash and $4.5 million will be payable in shares of HashChain.  A payment of 210,000 common shares of HashChain is applicable, as a milestone payment for each megawatt that becomes operational. There are also taxes to pay and other potential variances to the payment schedule.

According to the January 4 press release, “a ‘Rig’ is a high-performance computer system used for cryptocurrency Mining; each Rig is used to solve complex computation puzzles to confirm transactions on the Blockchain. Miners who successfully complete the mining process earn a reward in the form of cryptocurrency or other Blockchain coin or token.”

On January 2, 2018 HashChain announced that “it currently holds a masternode in the Dash network allowing the Company to vote for proposals and verify transactions.”

Masternodes primary function is to relay transactions across the DASH network. Additionally, they carry out the anonymization of funds and enable double-spend-proof transactions through instant lockdowns.

Dash operates a proof of work (POW) and proof of stake (POS) consensus algorithm. Many other digital currencies only use proof of work to verify transactions, however Dash is unique in its hybrid POW and POS approach.

The Dash network currently pays masternodes at a rate of 6.67 Dash per month.  With Dash valued about $1,000 that works out to $6,670 USD per month per masternode. So HashChain is getting a return on its masternode investment of about 28.5% per annum.

Investors purchasing shares in HashChain are exposed to the risks and rewards of the volatile cryptocurrency markets. We try to stay out of the prediction game.  A screenshot from HashChain’s website with live cryptocurrency prices confirms an aggressively positive market sentiment. 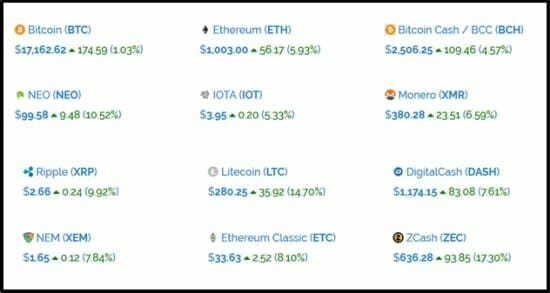 KASH has announced that it does not currently plan to convert the Dash from the masternodes investment into cash, warning investors that “there can be no assurances that the price of Dash will not significantly decrease due to its price volatility or that the Dash could be converted into USD (or any other fiat currency) at that time.”

“Firstly, its framework is very easy to understand. Even investors who had previously not heard of Dash would read its whitepaper and quickly buy some coins. The cryptocurrency’s architecture is divided into three main platforms. 45% belongs to the network nodes, 45% to the miners and 10% in a joint pool. Just the simplicity of division was an incentive to invest.”

HashChain is only three weeks old.

There’s not enough data to make a meaningful judgment.

What we can tell you is, from Day 1, KASH has been crystal clear about its objectives.  In the last 21 days, it has hit all its milestones, plus some.