The U.S. Department of Justice (DOJ) is the subject of “Friday’s Big Fail”.

Yah, we could bust the DOJ up for its on-going attempt to keep marijuana illegal, but one of my colleagues is already doing that.

This Friday, we have a different beef:

The DOJ has no clue what cryptocurrencies can or can’t do, therefore no concept of its own opportunities, vulnerabilities and obligations.

This technology baffled them from the get-go.

Silk Road was an online black market, popular for the purchase of illegal drugs. It was operated as a Tor hidden service, such that online users were able to surf it anonymously, without being monitored.

Ulbricht maintained that he wasn’t a criminal. 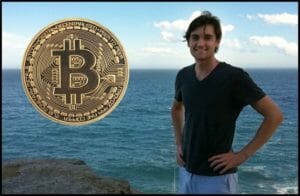 He tried to get his Bitcoins back.  The DOJ said “no”.

In October, 2017 – Ulbricht finally abandoned his quest to re-possess his Bitcoins.

Now the DOJ is bummed.

Ulbricht got a life sentence.

He is also bummed.

The DOJ is currently run by former Alabama Attorney General, Jeff Sessions – who recently told the Senate Judiciary Committee that,  “Dark web users use bitcoins and other untraceable financial capabilities and it is a big problem.”

The “dark web” he was referring to this time is AlphaBay, launched in 2014. It gained popularity for being trustworthy – after other darknet markets deployed cunning exit scams in which administrators stole vendors’ Bitcoin funds.

Sessions claimed that AlphaBay’s customer base constituted “240,000 accounts where individuals were selling for the most part illegal substances and guns, including fentanyl.” 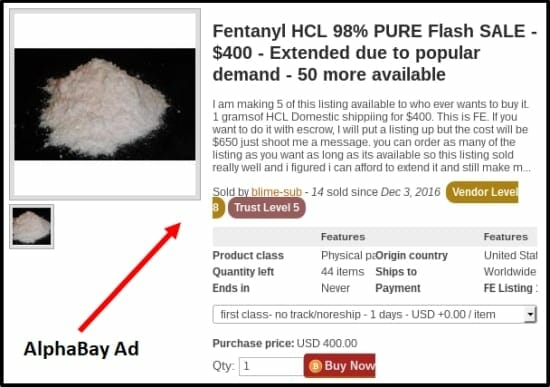 The DOJ issued an arrest warrant on drug trafficking charges for a AlphaBay founder – a 26-year-old Canadian named Alexander Cazes.

Last spring, hackers unleashed the WannaCry “ransomware” – a malicious piece of software that locked up computers’ files. Hospitals and other institutions gave the hackers $140,000 in Bitcoin to unlock the files.

The WannaCry attack operated by infecting out-of-date Windows computers, instructing the victims to pay into a fresh bitcoin “address”. But the WannaCry software had each victim send the spoils to one of just three different addresses—telling the authorities exactly where to look.

As it turns out, “anonymous” isn’t the same thing as “untraceable”.

The DOJ has learned to track criminals who use Bitcoin.

Each Bitcoin transaction provides the DOJ with data that can be tracked to the IP address of the computer sending and receiving the Bitcoins.

Shahnaz used multiple credit cards to purchase Bitcoin, which were subsequently laundered back into international accounts.

“Shanhnaz engaged in a pattern of financial activity, culminating in several wire transactions, totaling over $150,000 to individuals and apparent shell entities in Pakistan, China and Turkey,” stated the DOJ, “These transactions were designed to avoid transaction reporting requirements, conceal the identity, source and destination of the illicitly obtained monies, and, ultimately, benefit ISIS.”

Not surprisingly, criminals are abandoning Bitcoin in favor of other more secure cryptocurrencies, like ethereum, dash and zcash and monero.

Europol Chief Executive Director Rob Wainwright — tweeted that there will be a “progressive shift in 2018 towards criminal use of cryptocurrencies other than bitcoin.”

Monero, as an example, is more private than bitcoin. The DOJ has dedicated 3,000 coders to crack it. But at the present time, it’s impossible to track monero sales to IP address.

“Europol said monero is being accepted on several darkweb markets and has already been used in a ransomware attack.  Monero is currently trading at around $400 a piece. It was worth just $16 a year ago.”

Monero provides “stealth addresses,” allowing its users to “dissociate the addresses” from the transactions. 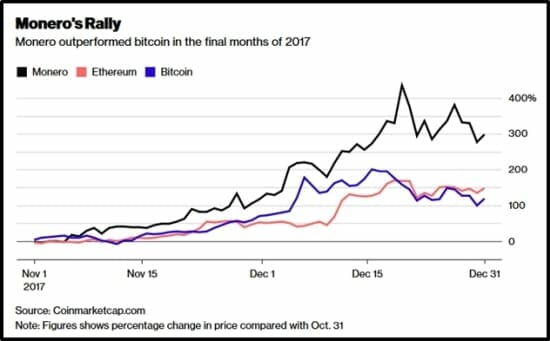 Data analytic companies Chainalysis have had some success identifying digital wealth linked to crime, alerting exchanges and stopping the crypto-criminals from converting digital money into cash.

Monero encrypts IP addresses on its blockchain and produces fake addresses to obscure the identity of the sender. Importantly, it also hides the value of the transaction.

It’s a cat and mouse game between the DOJ (the cat) and the crypto-criminals (the mice).

Sure, the cat is big and it has sharp claws.  But mice can produce 40 babies a year.

Blockchain Baddies replicate faster than you can kill them.

The DOJ’s mandate is to “defend the interests of the United States according to the law; to ensure public safety against threats foreign and domestic.  Its resources include The Federal Bureau of Investigation (FBI) and the Drug Enforcement Administration (DEA).

Fighting ISIS – good.  But instead of busting a Long Island malcontent for Bitcoins – the DOJ should grapple with the underlying problem of disenfranchised, undersexed Muslim men.

Busting Fentanyl dealers – good.  But instead of chasing pop-up dark-web markets, the DOJ should negotiate with China to choke off supply from chemical-manufacturing plants in Shenzhen.

Fighting drug abuse – good.  But instead of illegalizing marijuana (the gateway to nachos & cheese) the DOJ should prosecute the CEOs of drug pushers like Purdue Pharma and Johnson & Johnson.

U.S Attorney General Jeff Sessions is a United Methodist Sunday School Teacher who achieves tiny transitory victories – then struts like a pocket superhero in front of the cameras.

For this reason, the DOJ is “Friday’s Big Fail”. 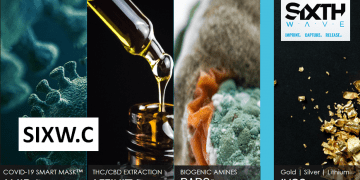 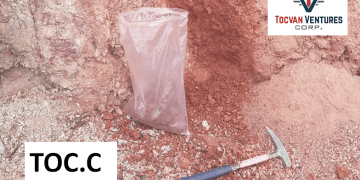 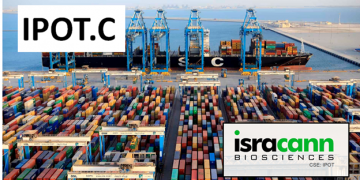