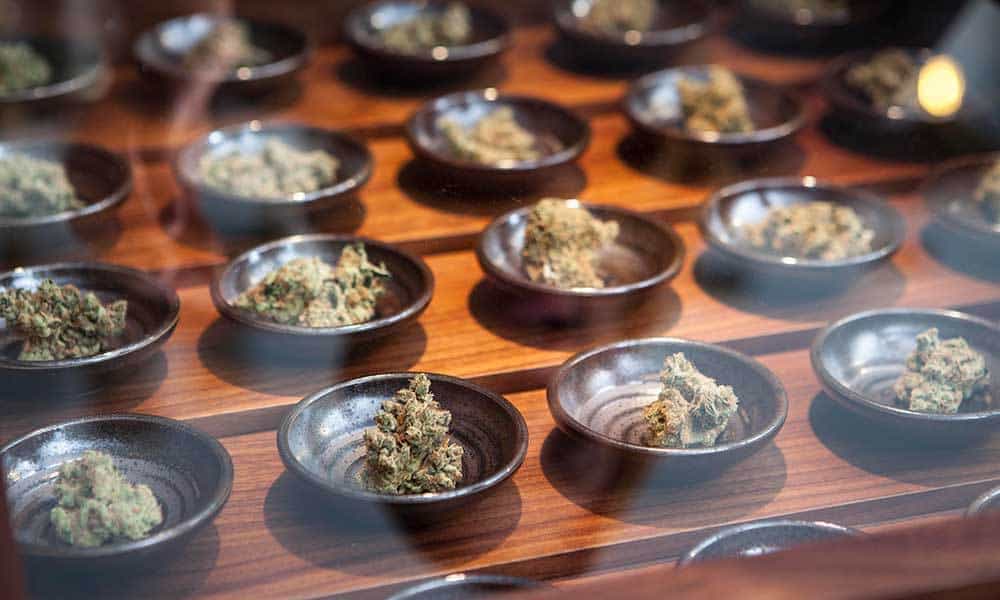 Mergers and acquisitions are flying around the Canadian Cannabis space and creating a haze of smoke as they go. Chris did a great shotgun overview yesterday am of a flurry of deals, including TGIF teaming up with BAM, and another ambitious venture by hay-making CBW, who knows as well as anyone that the sun is shining.

The Lines Are Being Drawn on the Retail Side

The most interesting story in the merger-fest is the DOJA acquisition of private, high-profile, not-really-a-cannabis-retail-company (yet, wink wink) Tokyo Smoke in an all stock deal that joins two groups with similar business paradigms in a merger clearly timed to lead the coming Canadian retail opening penciled in for this July. The combined company will be called “Hiku ​​Brands ​​Company ​​Ltd.”, which isn’t the same thing as a “Haiku”, but I’m not writing another lead. 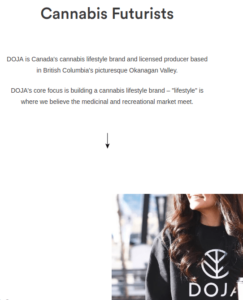 DOJA, of course, is the Kelowna-based brainchild of Trent Kitsch, who is known for the successful branding and marketing of underwear brand SAXX. The company is a pre-license cultivator with every intention of becoming a serious player in the Canadian Cannabis space. They report having started initial cultivation in the first 7,100 square feet of their newly built Kelowna, BC facility this past November. They’re planning on expanding that to 40,000 square feet.

While we have no reason to believe that the eventual homegrown DOJA product will be anything other than excellent, the growing dope part of the dope business doesn’t figure to be Kitsch’s core competency. The guy steadily building a cult-like investor base of “Cannabis Futurists” is surely interested in the theoretically low cost of growing it in-house, but more suited to the margin-making task of SUH-LANGIN’ it at high dollar.

And that appears to be Tokyo Smoke‘s raison d’etre. The private company started with a $10M seed round, runs a series of storefront coffee shops that sell vapes and stuff, and a sales-focused web presence that features a product with an expletive on its home page. Clearly, this isn’t your Grandma’s marijuana retail company. The proposed deal sees them clear $77M worth of DOJA stock at today’s valuation, and makes them equal partners in an aggressive marketing enterprise.

Brands are a hard thing to value. These brands, in particular, don’t have any unit sales of what is to become their core product for us to even get started with (TS sells vape pens other accessories, but no dime bags or pre-rolls yet). The value here appears to be in the pre-branded retail outlet coffee shops that Tokyo Smoke operates in Ontario and Alberta, with plans to expand into BC, Quebec and Seattle.

The curmudgeon in me, who is about 79 years old and doesn’t like make-it-rain bull markets with parabolic valuations, because he is miserable and hates fun, wants to scoff and say that $77 million worth of stock in a not-yet-producing cultivator is about right for some dressed up coffee shops, but he is dumb and wrong. Aphria threw down $10M in cash to shut him up.

Aphria isn’t Known To Be Unwise

Aphria is among the largest Canadian cultivators and one of the sharpest. They know what they’re good at and what they’re not, and aren’t interested in going through expensive learning curves or build outs that aren’t necessary. They had $38 million in cash last quarter (ending August) and did six million in revenue. So $10 million for a what will amount to a 5.6% stake in Hiku, clearly the most aggressive marketer of their soon-to-be-legalized product is almost something they have to do. It’s a large enough stake to give them pole position if this works out the way these marketing people hope it will, and small enough that it won’t hurt them if it doesn’t. If this were a sports betting market, the bookies would call Aphria a “sharp”, and move lines when their bets came in.

Here’s the Size of It

So what’s this look like? Well… Here’s how DOJA looked at the end of their last reporting period:

The current cash balance is an estimate.

Once the dust settles, Hiku will have 125 million shares out. There’s no telling what kind of cash and debt comes with TS, so it’s tough to value, but it’s almost like nobody cares.

If the market is baking in the new shares (no reason to believe this deal won’t go through), we’d be looking at a company with a $230M market cap and at least $30M in cash… that has yet to secure a cannabis sales license from Health Canada.

But that isn’t what this poem is about, is it? Successful vertical integration is clearly what they’re after. The Futurists over at DOJA believe in their facility and Chris Parry informs me that he was impressed by a visit to the under-construction facility last summer. But if it doesn’t work out or costs more than they expect, so what? They’re building the consumer side of what figures to be one of the largest retail markets in Canada.

As the provinces are busy with an ongoing circle jerk that figures out how the rules are going to work so that they get their piece off the top and we get the dope we want, a strong, ready-made physical presence run by a respectable group of businesses is the exact kind of thing that makes it easy for them to make decisions.