They’ve brushed it off as no big thing, but today’s news (actually, Saturday night’s news, when all the worst news is usually released to the public in the hope they’ll miss it), that Nutritional High’s (EAT.C) Palo Verde, Colorado ‘tenant’ has had its license revoked, is really quite substantial.

Palo Verde is licensed by the State of Colorado as a retail marijuana infused products manufacturer (“RetailMIPs”). Palo Verde has recently been advised that the renewal application for its Retail MIPs license received a notice of denial from Colorado’s Marijuana Enforcement Division.

In addition to the Retail MIPs license renewal, Palo Verde had also applied for a retail cultivation license and a medical marijuana infused products license, both of which were also denied.

But the arrangement they undertook to fund, house, consult to, supply, and essentially provide everything Palo Verde could ever need, in return for their product, is murky at best if the idea is to claim there’s no financial relationship, or that relationships don’t constitute ownership.

Nutritional High pulled what’s known as a ‘leaseback deal’, similar to what you’ll find in Washington State with Vodis Pharma (VP.C), and others.

It goes like this: We’ll buy you a facility, we’ll provide all the equipment, we’ll come over and show you how to use it, we’ll provide branding and packaging, and we’ll cover the costs of electricity and water and the like. In return, you’ll give us, hmm, maybe 90% of your production?

Now, I’m not saying this is Nutritional High’s explicit arrangement , but it’s pretty damn close. Here’s what the company said about Palo Verde back in February of this year:

Nutritional High International Inc. (CSE:EAT)(OTCQB:SPLIF)(FRANKFURT:2NU) is pleased to provide the following update on its cannabis extraction business in Pueblo, Colorado.

Jim Frazier, CEO of Nutritional High commented – “We are very pleased with the progress to-date in Pueblo and are happy with Palo Verde’s initial launch of bulk oil production. With the know-how and assistance of the Nutritional High team, Palo Verde has been making high quality premium oil which should command premium pricing. As we continue to assist Palo Verde in creating efficiencies though streamlined processes, additional high throughput equipment and innovative approaches, we are confident that the Colorado operation will be a great success. We look forward to continuing to work with Palo Verde in the coming months to launch a number of new cannabis oil and edible product lines.”

This news release is rife with info about how Nutritional High is doing everything but the final yard in making the concentrates happen.

With the help of Nutritional High’s personnel, Palo Verde has been successfully streamlining its processes to maximize oil extraction yield and developing methods to increase throughput capacity. In this regard, the Company has purchased a state of art distillation plant, manufactured in Germany, which will be leased to Palo Verde and has been delivered to the Pueblo facility.

So basically, from the moment of facility purchase and construction until the point of extraction, EAT handles everything, then Palo Verde does the extraction itself, using EAT’s equipment, processes, branding, people, then a third party comes in to sell the stuff.

Is there any wonder the regulators took issue with this workaround?

EAT is appealing the decision:

“We will provide Palo Verde with whatever support they need to demonstrate to the MED the true nature of our relationship,” explained Nutritional High CEO Jim Frazier. “We anticipate that Palo Verde will be permitted to continue operations for the foreseeable future while addressing this matter with the MED.”

But only for the foreseeable future. EAT is already casting an eye on an escape route.

While Nutritional High intends on continuing to provide FLI-branded packaging to Palo Verde, it will seek relationships with other licensed Colorado marijuana establishments to manufacture and distribute its brands in a manner that is fully transparent and compliant with the Retail Code. Nutritional High is also aggressively accelerating its expansion efforts in other states to enhance the footprint of its flagship FLI brand in jurisdictions that permit legal cannabis products.

Translated: We’ve paid for this stonking big facility, and we’re going to need someone to come in and save our investment. Presumably for a less EAT.C-advantageous deal – perhaps… rent?

What this means for Palo Verde is, well, it’s done. Appeals notwithstanding, EAT.c will run out the  clock on their facility until the minute the appeal is dealt with.

What this means for EAT.c is more of an open question. The company is doing business in California and Illinois but Colorado was their ace in the hand. It’s where they started, it’s what they raised millions for, and it’s now clear the regulators there have a beady eye cast on the place.

Will a license holder be tempted to take Palo Verde’s place, knowing that the regulators have already run one horse out of town? Will the deal offered have to change to the point where it can no longer be compensated with product instead of currency? Will other leaseback deals face similar scrutiny?

I would have predicted a slaughter. But weed investors right now are a very forgiving bunch, and EAT.C is running hard on the assumption it will be involved in any future activity involving the beverage industry, after Tinley Beverage’s (TNY.C) hard run over the last few weeks, and Constellation Brands buying into Canopy Growth Corp (WEED.T). 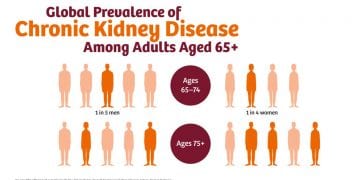 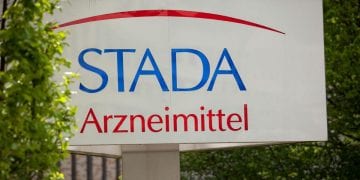