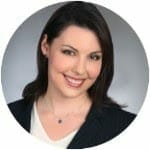 Ontario has introduced draft legislation which would enact the Cannabis Act, 2017 – the long-awaited provincial law addressing aspects of distribution, possession, and consumption of cannabis within the province.

The province announced that under the Cannabis Act, 2017, the minimum age to purchase recreational cannabis is set at 19, the LCBO will oversee distribution through online distribution and standalone stores (40 of which are to be place by the federal government’s July 1, 2018 goal date for legalization), and illegal storefront dispensaries will be hit with strict, escalating penalties for subsequent convictions.

Under the Cannabis Act, 2017, it will only be legal to use recreational cannabis in private residences – consumption in public places, workplaces, vehicles, and boats is forbidden. The province has mentioned, however, that it would “consult with municipal partners, the Alcohol and Gaming Commission of Ontario and other organizations, including Indigenous communities and organizations, to explore the feasibility and implications of introducing designated establishments where recreational cannabis could be consumed”, leaving the door cracked open just a little for casinos and other businesses, it seems.

Medical cannabis will likely be subject to less onerous restrictions on public use. Possible exemptions for smoking and vaping of medical cannabis products may also be on the table, such as in controlled rooms in residential care facilities, designated veterans’ facilities, hospices, and designated guest rooms in hotels.

The Taxman Weighs In
The Department of Finance released a proposed excise tax framework for cannabis products last week of the greater of $1.00 per gram, or 10% of the sale price of a product, at the outset of legalization. The proceeds would be split evenly between the federal and provincial governments.
Cannabis stock prices generally rose on the news, but provinces aren’t enthusiastic, claiming that the lion’s share of the work of implementing recreational cannabis will likely fall to them.

Patients aren’t happy, either – many hoped that medical cannabis would be taxed less heavily than recreational cannabis (a tax structure which has been used in other “rec” jurisdictions like Colorado), since medical users have a greater need for reasonable access to the product and often have less disposable income to pay for it.

The federal government’s point man on cannabis, Bill Blair, defended the tax structure on the basis that the government does “not want the taxation levels to be an incentive for people to utilize that system inappropriately.” An Aurora Cannabis executive called that explanation “a knock on the professionalism of the physicians of Canada.”

Green Machine: The Changing Landscape of Corporate Cannabis Funding
In his speeches, Canopy Growth Corporation’s CEO, Bruce Linton, occasionally notes that his company once begged for money. In late 2013 and early 2014, as Canada’s first commercialized medical marijuana regime was being established, Canada’s finance hub on Bay Street was just beginning to wrap its head around medical cannabis as a legitimate business (the first major capital raises for Canopy, which was then known as Tweed Marijuana Inc., were closed by the technology investment team at GMP Securities). Canopy grew fast, and looked to GMP and other investment banks for frequent raises as bankers worked to convince their clients to invest the necessary capital.

Lately, Canopy’s raises have slowed to about two massive financings per year, and now they may stop altogether for the time being, because Canopy just won the investment lottery: it secured a $245 million private placement by Constellation Brands, an alcohol products behemoth listed on the New York Stock Exchange, in exchange for 9.9% of Canopy. Canopy’s market capitalization is currently sitting at a staggering $3.4 billion, after briefly touching $4 billion in a rally that followed the Constellation investment.

Adding to the astonishing scale of this investment is the fact that Constellation may even double it: the private placement includes the issuance of an equal number of warrants which will be exercisable at the same price per share for 30 months. The Constellation investment is almost certainly the largest single sum ever poured into any LP, is “one of the year’s most intriguing business deals” according to the Chicago Tribune, and signals change ahead in terms of where this industry gets its green.

Cannabis is a unique industry from an investment standpoint because none of the major chartered banks have yet shown any interest in investing in it. Typically, a bank is one of the first places a business goes for capital as it grows.

Other types of early-stage investors include venture capital firms and independent investment banks which are not owned by or linked to a chartered bank – including GMP Securities, Canaccord Genuity, VIII Capital, Clarus Securities, Mackie Research Capital, and a few others. These “independents” generally source their investable funds from accredited investors – people and companies which are deemed to have sufficient assets and sophistication to take on riskier investments – and can participate in a broader and more innovative range of financing activities than the more conservative chartered banks.

Against this backdrop, the cannabis industry has been a godsend. The independents have the field all to themselves, and have seized the day: this month alone, Cronos Group closed on $17 million, Aurora Cannabis raised $69 million, Aphria closed on $92 million, and MedReleaf recently announced a $100 million bought deal. Some independents, like VIII Capital, have thrown themselves into cannabis with such vigour that they hold signature private all-day investor conferences at swanky hotels just for the sector.

But the heyday of the independents may not last forever. Conjecture has swirled from the start about the possibility of large companies in analogous industries – pharmaceutical, tobacco, and alcohol, for example – investing in or buying out licensed producers, based on the parallels with their regulated operating environments and their pharmaceutical- or recreational-use products. A former Budweiser executive seemed to reinforce the assumption that such industries are paying attention: “When consumers want something, you ignore it at your peril.”

Less often discussed but equally viable candidates are agricultural and food conglomerates – Scotts Miracle-Gro, for instance, has invested heavily in hydroponics equipment and fertilizer suppliers to the cannabis sector, and Loblaw Companies Limited along with the Weston family, its influential stakeholder, has been open about its interest in the industry, including in distributing cannabis through Loblaw subsidiary Shoppers Drug Mart.

There’s a good case to be made that Constellation’s very public investment “breaks the taboo”, however, and may spur more parallel industry partnerships going forward.

We may also be one step closer to the involvement of yet another important type of investor: the institution. Thus far, institutional investors (such as banks, pension funds, and wealthy family offices) have largely hung back from cannabis. It’s hard to believe that institutional investment is anything but a matter of time, as the industry normalizes and finds longer-term legal footing.

That sea change may already be underway, at least as far as banks are concerned. A Globe article from last year noted that TD Bank assesses all applications on a case-by-case basis, while CIBC and BMO did not reply to requests for comment on whether or not they would provide accounts to cannabis companies. Just a month ago, another Globe article noted that TD and BMO were emerging as the banks of choice for the marijuana industry, and that changing rules might prompt other big banks such as Royal Bank of Canada and Bank of Nova Scotia, which have previously shied away from cannabis companies, to reconsider. “We recognize that the legislative landscape is evolving and we are undergoing a review of our policies,” an RBC spokesman said.

It will be interesting to see whether Constellation’s nine-figure investment does anything to move that process along.

Rehash: Quick Links to Interesting Points
Next stop: Colombia? Some Canadian companies are looking to build cannabis businesses based in Colombia. The Latin American country has 12-hour days, access to two oceans, plenty of trained agricultural workers, and most importantly, a federally-regulated medical marijuana program focused on extracts which just issued its first licences last month.

CBD – Caution Believing Data: A study has shown that about 31% of a total of 84 cannabidiol (CBD) products (including oils, tinctures, and vaporization liquids) sold online in the US have CBD content that isn’t even within 10% of the amount listed on the label. Vaporization liquids scored the worst – only three out of 24 products were accurately labeled.

Spreading the word: The most effective forms of advertising for cannabis are word of mouth, social media, and the internet, according to data gathered by Marijuana Business Daily. That may come as awkward news for cannabis social media network MassRoots, which is in the midst of a very public nosedive, having cut two-thirds of its staff, fired its CEO, burned through much of its cash, and lost a much-heralded $12 million deal to acquire US regulatory database CannaRegs in the last few months alone.

What’s Up in Weed is not legal or financial advice. It is a blog which is made available by SkyLaw for informational purposes and should not be used as a substitute for professional advice from a lawyer. This blog is subject to copyright and may not be reproduced without our permission.

If you have any questions or would like further information, please contact us at 416-759-5299 or online through SkyLaw.ca. We would be delighted to speak with you.

© Copyright SkyLaw 2017. All rights reserved. SkyLaw is a registered trademark of SkyLaw Professional Corporation.
Andrea Hill is a corporate and securities lawyer with SkyLaw Professional Corporation in Toronto. Recognized as one of Canada’s leading legal experts in corporate cannabis law, Andrea writes for the Globe and Mail about cannabis laws, and works with a broad variety of clients in the cannabis space, including publicly-listed licensed producers of marijuana, licence applicants, and ancillary businesses such as tech companies focused on the cannabis industry. For more information about Andrea, visit the SkyLaw website here.