On October 31, 2017 Castle Silver Resources (CSR.V) announced it has signed a provisional milling agreement with Granada Gold Mine (GGM.V).

Granada’s Quebec gold property includes the former Granada gold mine which produced more than 50,000 ounces of gold in the 1930’s before a fire destroyed the surface buildings. The 50 million ounce Cadillac Trend cuts through the north part of the property.

This is not an “arms length deal”.

Castle and Granada have the same CEO, Frank J. Basa.

Basa has an excellent metallurgical pedigree from this part of Canada.  In 1983, when he was a newly-graduated engineer, Basa got a job working at the Castle Silver Mine – then operated by Agnico Eagle (AEM.TSX).

Back then, Agnico Eagle was abandoning cobalt in its extract and tailings.  Basa figured out a way to extract 13,000 tonnes of cobalt from Agnico Eagle’s dumpster.  That helped the bottom line.

Cobalt – a critical ingredient in lithium-ion batteries, is now one of the world’s hottest commodities.

The mill agreement intends that, over a 3-year period, a minimum of 600,000 tonnes of 4.0 grams per tonne gold ore will be processed from the open pit of the Granada Gold Mine.

There is an option to treat an additional 1.4 million tonnes of pre-concentrated waste rock. Granada will use a conventional coarse gravity process to achieve 70% recovery of the gold from 0.5 gram per tonne waste rock, to produce 4.5 grams per tonne gravity concentrate which will be further processed at the dual-purpose mill site.

The funding for the mill at the historic Castle Silver Mine, will be financed by debt in the amount of US$20 million, which debt raise will be facilitated by a family office in the UK.

Processing of the Granada Gold Mine ore off-site will be treated as a custom milling agreement with a third party and will work within the parameters of the PFS completed June 19, 2014, whereby Castle Silver Resources will be the operator of the Mill. 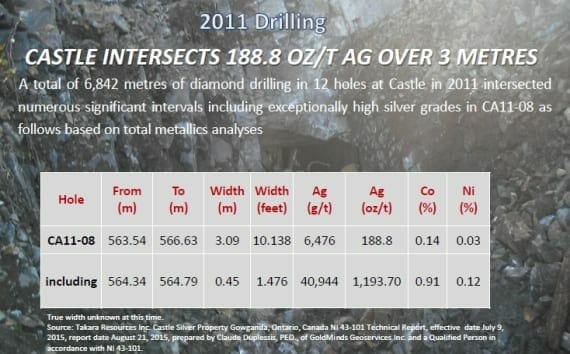 CSR’s property has a fascinating history, dating back to 1904.

According to Canadian mining folklore – in 1903, an Ontario railway blacksmith named Fred LaRose threw a hammer at a loitering fox.  The hammer missed but chipped off a piece of shiny rock.

LaRose gave the rock to some buddies who thought it was nickel. When LaRose’s friends confirmed it was silver – word leaked out – and an army of prospectors descended on the area.

One of these prospectors was William Trethewey, a former real-estate developer.

“I came to a bluff where the point ran down into a swamp,” recalled Trethewey in his 1904 diary, “I had to wade into the water to get around its western face. I could not see the face of the cliff until I had got out about twenty feet, when I saw a black streak on its face I knew it was a silver vein.”

Castle is exploring and developing a network of past producing silver and cobalt mines including the Castle Silver-Cobalt Project and the Beaver and Violet mines near Cobalt.

The company is drill-testing un-mined areas below historical high-grade mines. 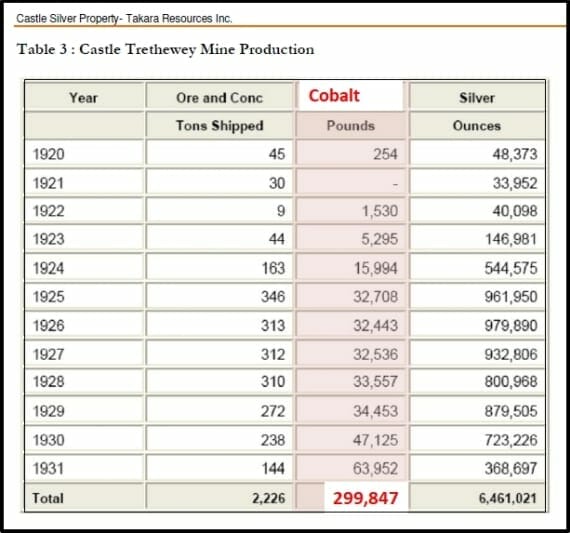 A summer Phase 1 drill program from the surface at the Castle Property was expanded from 1,500 to 2,000 meters, with approximately 20 drill holes expected to be completed.

Surface samples have been collected from the 100% owned Beaver Property, which is a former high-grade silver producer with untapped cobalt potential.

“The high cobalt and gold values from the underground bulk sample support our thesis that there is much more to this past producing mine than just silver,” stated Basa.

On September 22, 2017, CSR announced its entry as an Associate Industrial member of the Cobalt Institute (CI).  The mandate of The Cobalt Institute is to connect producers, users, recyclers and traders of cobalt. CI is also renowned for facilitating research, raising product quality, and promoting responsible and sustainable practices.

According to the September 22 press release:

As CSR advances its cobalt strategy, anchored by its proprietary Re-2OX process and two past producing mines in northern Ontario’s Cobalt Camp…it is expected that the organization will provide valuable assistance in helping CSR build a reliable supply chain and a path to market.   Preparation of samples for key recipients downstream continues.

Castle Silver is positioning itself to meet that demand. The mill agreement with Granada Gold gets them closer.

FULL DISCLOSURE:  Castle Silver is an Equity Guru marketing client.  We will talk more about Granada in the future. 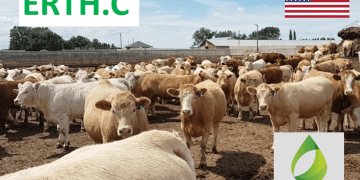 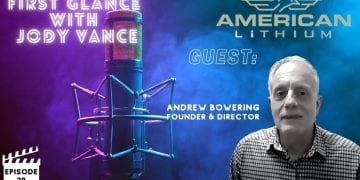