Prize Mining (PRZ.V) gets a green light to drill its BC gold property 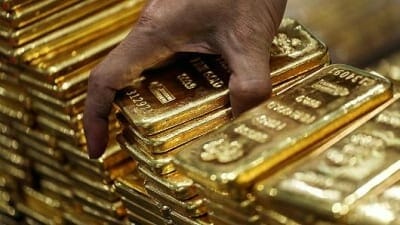 This comes after a summer of good news.

For a junior exploration company, drilling is a double-edged sword.

The drill results are where the round edges of the macro-narrative hit a diamond-hard wall of data.

If you’re exploring for gold and there is no gold in the drill core – that’s a problem.

Not as big Shell’s (RDS-A.NYSE) $7 billion dry hole in the Artic.

But it changes the messaging from “Hey-ho, hey-ho – let’s go get some gold” to “We believe there is gold here but…we looked in the wrong place/we didn’t go deep enough/the angle of the drill bit was wrong/etc.

Prize Mining has good reasons to be optimistic:

On Aug. 29, 2017 it released lab results from its Phase I field program, carried out on the combined Daylight and Toughnut Project areas in its 8,000-hectare Nelson, BC gold camp.

President and CEO of Prize Mining is Feisal Somji, the founding president of Rio Alto Mining.  Somji oversaw the construction of a mine in Peru which achieved annual production of 150,000 oz. gold.  Rio Alto was sold in 2015 for $1.3 Billion.

“We look forward to our much-anticipated Daylight property drill program,” stated Somji in the October 17, 2017, press release. “The focus of the program will be on newly defined anomalous targets which have been prioritized from our summer surface exploration work.”

The data contained in the following image is “historical” in nature, which means, technically it is invalid until confirmed by modern mining techniques. 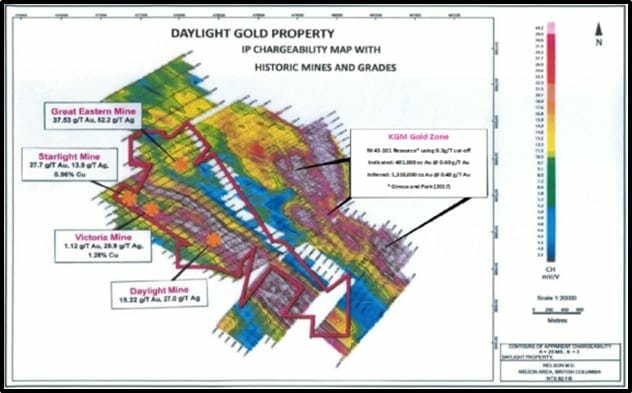 “We are excited to follow up on these combined data-sets with a discovery focused drill program,” stated Somji. “The Company is in a fully financed position and will be mobilizing in the short term.”

The Mines Act permit gives Prize the right to create up to 3 kilometers of access trails, 25 drill sites with sumps and 20 trenching sites. Contractors for the drilling and the trenching are expected to mobilize this week.

Prize also anticipates receiving a Mines Act permit soon for its Toughnut property which is contiguous to the Daylight claims.

On October 12, 2017, Prize announce that it has secured DTC Eligibility for its OTCQB-listed common shares (PRZFF).  That makes it easier for US investors to buy stock.

“This approval will broaden the Company’s appeal to U.S. investors and allow brokers and professional advisers previously unable to follow or recommend the Company’s stock, to become engaged with the Prize story at this pivotal stage of development,” stated Somji.

This electronic method of clearing securities speeds up the receipt of stock and cash, and thus accelerates the settlement process for investors.

There are other indications that Somji and his geological team have confidence in this mineral asset.

On Oct. 5, 2017, Prize announced that is beginning an “environmental baseline and monitoring program” on the Daylight and Toughnut gold Properties.

The water sampling program is designed to get baseline data on chemical and sediment loads of high and low flow conditions over a one-year period.  Masse will help interpret the data which will be critical to getting permitting for an aggressive 2018 bulk sampling program.

British Columbia’s 1936 gold production was worth $12.3 billion in today’s dollars. It’s a fraction of that now.

Right now, gold is not as sexy as bitcoin.  But it isn’t going away.  Gold is a religion in India, and the Chinese are buying it by the tonne.

If you believe in gold as a natural antidote to global money printing, put Prize Mining on your radar.

PRZ’s project ticks off a lot of the important boxes.