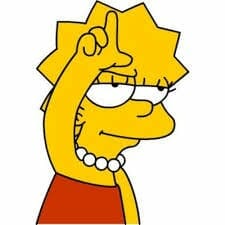 The first ever Roman fire brigade had an interesting business model. They would arrive at the scene of the blaze and attempt to negotiate a satisfactory price with the owner of the structure to open the spigots (in this case, buckets of water). Failing an agreement, they would stand by and let it burn to the ground and then offer to buy it at a knockdown price.

Wonder if this is where the term fire sale originated?

It strikes me that the folks involved in Initial Coin Offerings share a similar entrepreneurial spirit to those early fire crews. 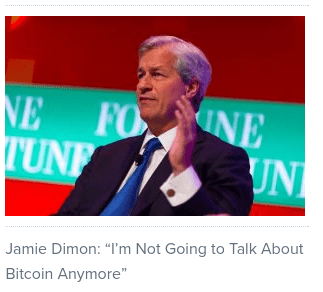 What exactly is an Initial Coin Offering (ICO)?

That’s the easiest way to describe an ICO.

It’s surprising it took so long for these two to get together, and according to CryptoCoins News we’re in the midst of an ICO Mania.

As can be seen in the chart below, ICO Fundraising is now surpassing VC inflows. There’s serious money to be made selling this particular type of snake oil. 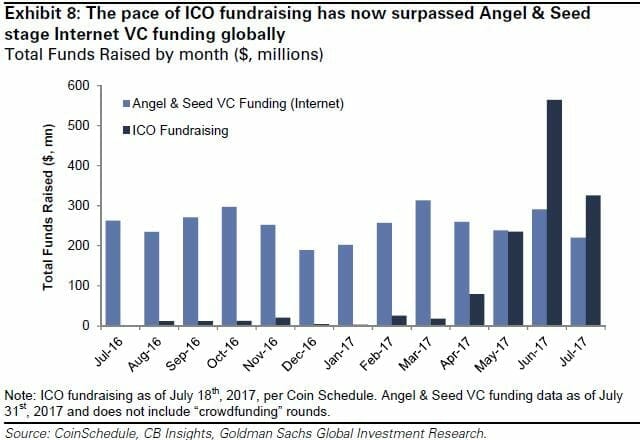 Let’s throw to Wikipedia for a little more context:

Initial coin offering (ICO) is an unregulated means of crowdfunding via the use of cryptocurrency, which can be a source of capital for startup companies. In an ICO a percentage of the newly issued cryptocurrency is sold to investors in exchange for legal tender or other cryptocurrencies such as Bitcoin. The term may be analogous with ‘token sale’ or crowdsale, which refers to a method of selling participation in an economy, giving investors access to the features of a particular project starting at a later date. 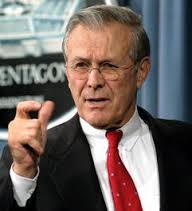 Make no mistake, though, this is the wild, wild west of blockchain.

At the very least you’re exchanging your Ether or Bitcoins for something else that may have some value in the future. In Rumsfeld-speak known knowns become known unknowns.

Regulators worldwide are clamping down on ICO activity.

Recall the recent blip in Bitcoin? When the Chinese decided to crackdown on ICOs and demanded customers receive refunds, the cryptocurrency fell 11%.

It’s now recovered the fall and broken into blue sky above USD 5,000.

The SEC and CSA have already put the kybosh on ICO’s.

Probably a good thing as we were thinking of launching our own GuruCoin to get in on the action. (*regulators – if you’re reading that’s called a joke*)

Unregulated is just that – the wild west where anything goes. From betting to burgers, blockchain is driving dollars into the pockets of budding entrepreneurs across the globe.

Most cryptocurrencies have not been successful, but bitcoin and Ethereum have experienced large capital gains and growing adoption, signaling an underlying structural shift. – Steemit.com

Besides owning the NBAs Dallas Mavericks, Cuban is also a resident shark on ABC’s Shark Tank series. Self-made, this guy appears to know a thing or two about business and investing. So when the wires lit up announcing he was taking part in a 25 million dollar raise it attracted a reasonable amount of attention.

As we go to press there’s roughly a week left in the UnikoinGold (UKG) ICO. Described as a decentralized esports gaming token, it’s the spawn of Unikrn who run an eSports site. 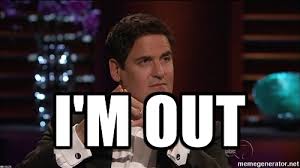 In a Warren Buffet-esque fashion, I shake my head and scream “I don’t get it!”. After watching 30 minutes of eLeague on the tube last week, where a bunch of twenty-somethings slugged it out over numerous rounds of Counterstrike, the takeaway was this – if a 26-year-old player is publicly calling himself too old then where does that leave this forty-something?

eSports is a thing – and a youthful pursuit. Still, I don’t get it

Eat your way to financial prosperity

While not an ICO, strictly speaking, we couldn’t go past mentioning this tasty morsel.

If you grab a Whopper while taking in the sights of downtown Moscow, you’ll also receive a handful of WhopperCoin, a new digital currency launched via the Waves platform.

When you hit 1700 Whoppercoins, you can redeem a free burger.

I’m going out on a limb here and calling bullshit on ICOs in particular, as they represent nothing more than a new vehicle in which to participate in the Bitcoin bubble.

Who in their right mind wouldn’t want a hard-drive overflowing with BTC at current prices, when the suckers they are selling to have no idea what it is they’re buying?

Instead, I’ll keep investing my money in Whoppers, at least I know exactly what I’m getting for my hard-earned dollars.