There’s a dude in our building who is an award-winning biochemist, novelist, journalist, triathlon athlete and a professional musician.

If you ask him what’s up – you get bombarded with competing narratives.

So it is with LiCo Energy Metals (LIC.V) – a company so vibrant and eclectic in its ambitions – that the brain jams up trying to unpack it.

Companies with a single mantra (make-cell-phones; find-gold; sell-cars) are easier to market than multi-headed beasts.

To be fair: LiCo Energy is playing in a single sandbox.

“The Company’s focus is directed towards exploration for high value metals integral to the manufacture of lithium ion batteries.”

It’s just that LiCo’s sandbox is that it has five different toys in it.

And they’re all shiny.

Before we get into LiCo’s latest acquisition – a quick refresher to recently re-awoken coma victims: lithium and cobalt are key ingredients in electric vehicles.  Sales of EVs are expected to increase from 650,000 in 2017 to about 7 million a year in the next decade.

Lithium is a growth story in the same way that the Pacific Ocean is a body of water.

It’s big, and it’s not going away.

News has been streaming out of LiCo like a Game of Thrones BitTorrent.

On September 13, 2017 LiCo filed a NI-43-101technical report for its Glencore Bucke Project. The recent purchase agreement with Glencore Canada (GLEN.L) includes a back-in provision, production royalty and an off-take agreement.

A 1,500 meter diamond drill program will begin in the third week in September. 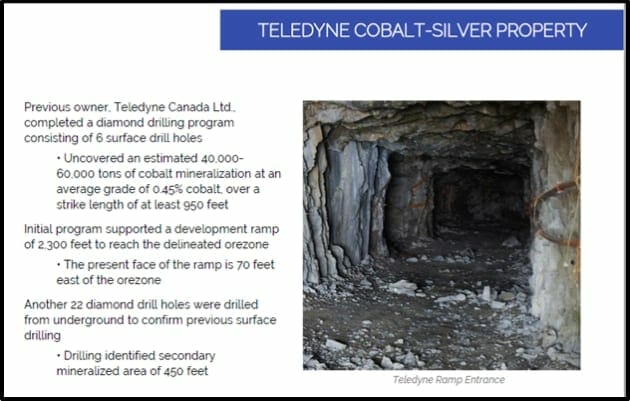 The history of this project is worth noting.

In 1981, Teledyne Canada Ltd. leased the Glencore Bucke and then completed and extensive diamond drill program that delineated two zones of mineralization measuring 150 meters and 70 meters in length.

The 2017 drill program is intended to confirm results from historical drilling completed by Teledyne Canada, while drilling step-out holes to expand the mineralized zones.

Drilling is also planned for the adjacent Teledyne Cobalt Property where historical drilling revealed cobalt/silver mineralization extending from the boundary of the Agaunico Mine.

A total of 22 underground diamond drill holes totaling 1,880 meters were completed. Both the surface and underground drilling programs unearthed significant cobalt mineralization along a 152 meter strike length  kicking out from the Agaunico Mine onto the Teledyne Cobalt Property.

That would’ve been a good day’s work – but there’s more:

LiCo intends to confirm results from the historical drilling, expand the mineralized zones, and test some under-explored structures.

The drilling will be conducted as part of LiCo’s flow through financing.

“We are very excited and looking forward to the milestone event of the commencement of the diamond drill program on these properties,” states Tim Fernback, LiCo’s President & CEO, “Acquiring the Glencore Bucke Property from Glencore and adding it to our land package significantly adds more potential to LiCo’s Cobalt properties.”

In public statement, Fernback has pointed out that the purchase agreement gives LiCo a green light to expand one of Glencore’s key Canadian cobalt assets.

“If all goes as planned, we could be selling all our cobalt produced back to Glencore in the future,” stated Fernback, “If it is a property sale, we have also found a significant future customer.”

As we mentioned earlier, LiCo’s Ontario asset is one of the five roaring heads of this battery material company.

The Purickuta Lithium Project in Chile is of extreme interest. 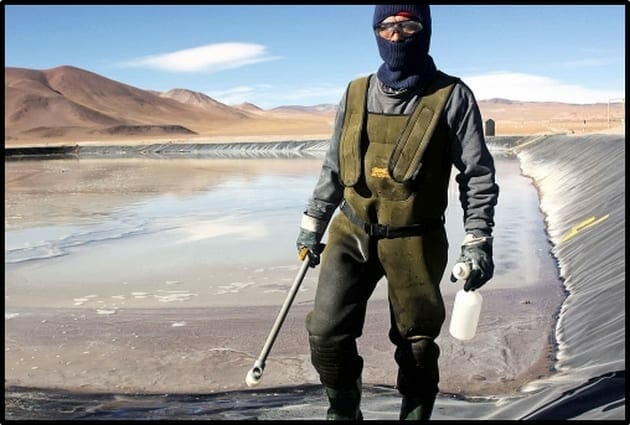 Chile has dominated lithium production for decades.  It is a mature mining jurisdiction. Chile produces about 30% of the world’s copper. The resource industry drive the national economy. The Atacama salt flat has the largest and highest-quality proven reserves.

The reality is, you could spin LiCo Energy into six different companies and make a 20 page power-point on each project.

We like risk-diversification and we like ambition. Stick this one on your watch list and keep an eye on the news-flow – because it’s fast and furious.

Yesterday, I ran into my Renaissance man in the elevator.

I asked him about his summer vacation.