There’s a few reasons, but one big one: They’re pulling graphite out of the ground that looks like the graphite found next door at Mason Graphite (LLG.V), which is a $185 million company.

Berkwood is a $9 million company, but just bought up enough land around Mason so as to entirely horseshoe it. Whatever direction Mason should ever want to grow, Berkwood will be standing on a rock, waving at them like a demented bigfoot.

“Where do you think you’re going, Mason?”

Berkwood Resources (BKR.V) is a rare “pure-play” battery-focused explorer – developing for commodities that tie into modern technology – including graphite, cobalt and lithium.

“A long position on Berkwood amounts to a bet that the team will be able to de-risk the properties in an environment where the world is shifting its transportation to battery-powered vehicles.”

”Berkwood announced that it had completed two holes and on its Lac Gueret South Graphite Project located in Quebec. These first two two holes have intersected visual graphite.  One of the intercepts is 125 feet.

Visual graphite” may not sound like a big deal – but it is for a simple reason: graphite is shiny.  In a pile of rubble, it sticks out like a Nelson Mandela T-shirt at a neo-Nazi rally.”

All told, Berkwood’s stock price has risen 60% in two months.

The latest stock price catalyst is a doozy:

This is what the 3,943 hectare land package looked like 2 weeks ago: 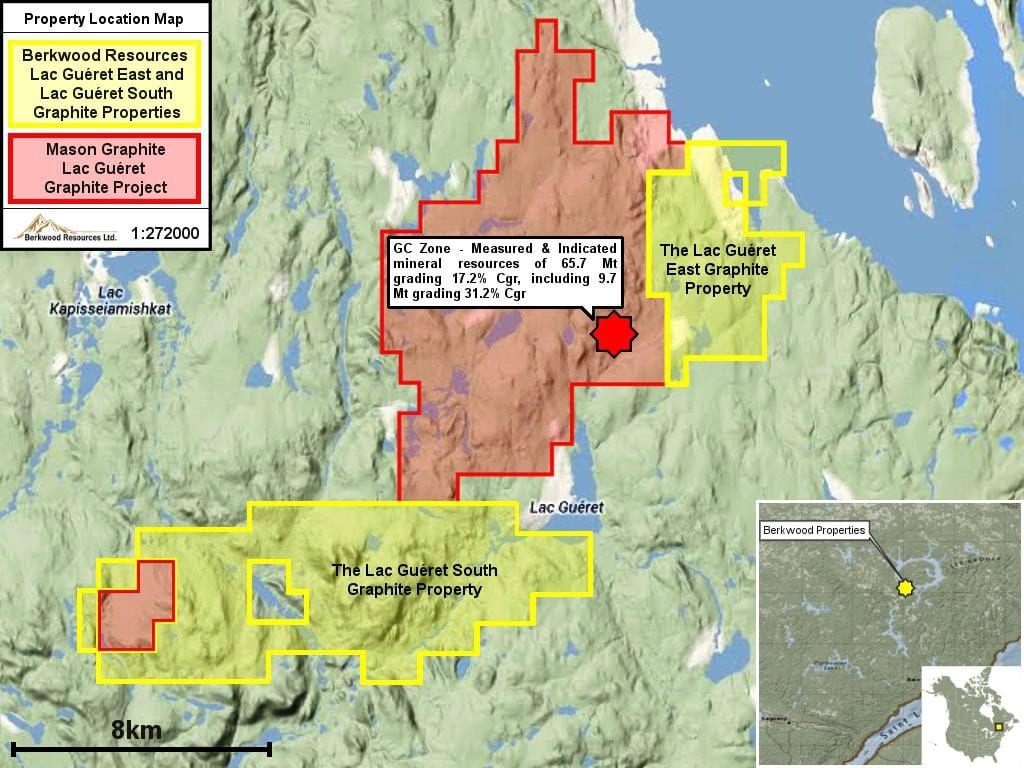 After the expansion, the Lac Gueret Extensions land package is now 19,884 hectares. That’s a 500% increase. 12 times the size of Manhattan – it looks like this: 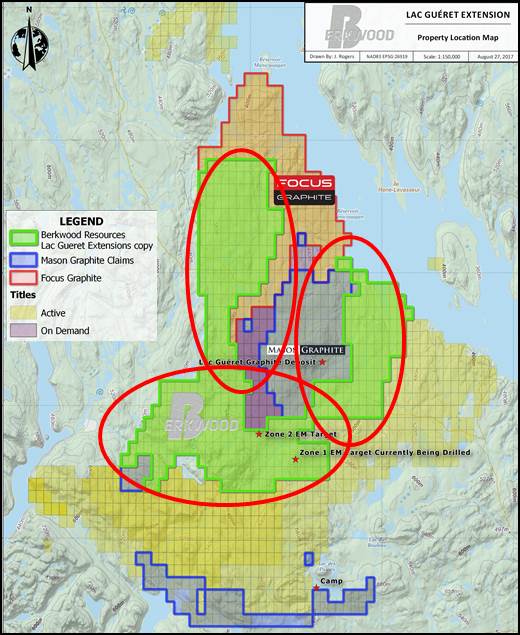 Let’s get back to the original question:

According to the August 22 press release:

The August 31 press release followed in the same vein (no pun intended):

“To date each hole has intersected visual graphite in the Zone 1 area. The Company anticipates completing up to 9 further inclined drill holes (of between 60m and 120m in length) in this initial phase of work, for a total of 16 holes drilled on the company’s Phase 1 drill program.”

“Ten drill holes, through BK1-17 to BK10-17, have been completed for a total of 1,360m drilled. Visual graphite has been intersected and confirmed in all ten to date.” 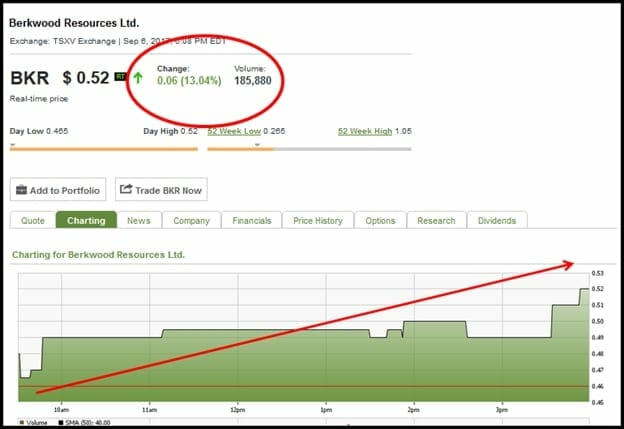 Metal grade equivalencies at Mason Graphite were calculated for the mineral resource at 20.4% Cgr. Using “rock value” ($/ore-tonne), that’s equivalent to 9 grams/tonne of gold. In other words, Mason Graphite has proven up a monster deposit.

Mason projects a $90 million capex to build the mine, a 2.5 year payback and a minimum of 24 years of mine life.

No-one wants to grow up in the shadow of a bigger, more accomplished, more famous sibling.  But that is exactly what it happening in this now famous graphite zone.  Mason is the quarter-back of the football team. But little brother is warming up on the sidelines, doing a few wind sprints, gaining his own reputation.

To give you an idea what that could mean for Berkwood shareholders: Mason’s market cap is 2,100% larger than Berkwood’s ($196 million vs. $9.5 million).

Berkwood has stock-price upside in the same way that Tokyo’s subway system has congestion. 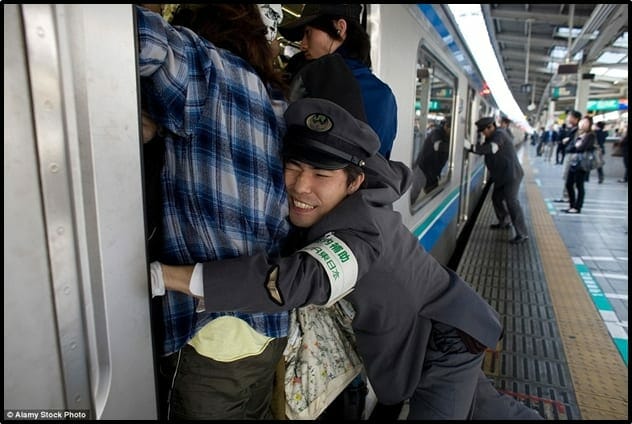 A bullet list of Mr. Lyon’s activity in the region:

With early stage development projects, geological DNA is very important.  The Equity Guru team has gone up/down sideways on this project.  We think it is largely de-risked.  Dudes like Ed Lyons – with his track record at Mason Graphite – add to our comfort level.

FULL DISCLOSURE:  Berkwood Resources is an Equity Guru marking client. We own stock and we may buy more.