In this business, people tend to dummy-up when they’re wrong and grab a megaphone when they are right.

This phenomenon is sometimes called “survivorship bias” – which causes you to focus on the winners and ignore the losers.

It’s a natural instinct.  At Equity Guru, we are not immune to it.  But we do attempt to man up when things go south as in Golden Leaf Has a New CEO – where Chris Parry stated:

“I’d been bullish on the company early and some readers (and myself) had lost money on the deal, which never sits right”.

So I hope we have earned the right to gently point out that on July 14, 2017, when Berkwood Resources (BKR.V), a graphite/cobalt/lithium company was trading for .33 we stated:

“A long position on Berkwood amounts to a bet that the team will be able to de-risk the properties in an environment where the world is shifting its transportation to battery-powered vehicles.”

…and a week ago when Berkwood was trading at .43 we drove the message home again:

“The graphite story is growing.  We believe Berkwood is a legitimate part of this story. The stock is cheap. The drills are turning.  It’s worth a look.”

Here’s what caused the latest bump:

On August 22, 2017, Berkwood announced that it had completed two holes and on its Lac Gueret South Graphite Project located in Quebec. These first two two holes have intersected visual graphite.  One of the intercepts is 125 feet.

“Visual graphite” may not sound like a big deal – but it is for a simple reason: graphite is shiny.  In a pile of rubble, it sticks out like a Nelson Mandela T-shirt at a neo-Nazi rally. 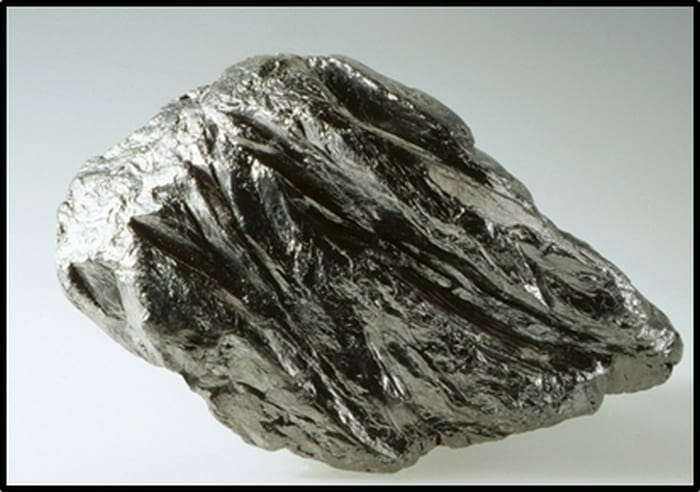 There are over 800 stock brokers in Canada focused on the junior mining space. Apparently, somebody told them that graphite is shiny.  Berkwood stock jumped 7.69% in a single day on 353,000 shares traded.

According to the August 22 press release:

Based on these encouraging results, Berkwood plans to complete up to 14 more inclined drill holes of 60-120 meters in length in this first phase of work. 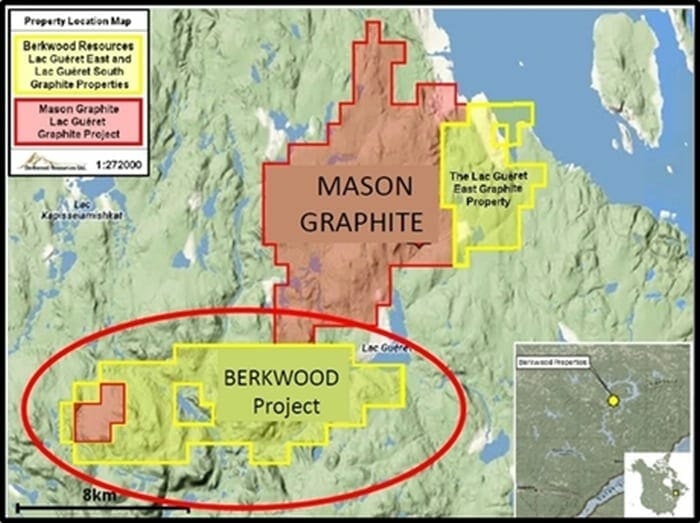 Metal grade equivalencies at Mason Graphite were calculated for the mineral resource at 20.4% Cgr.

Lithium-ion batteries require graphite, cobalt and lithium.  All three of these critical elements are projected to go into supply shortage due to surging demand from new technologies.

Graphite is hot.  If Mason Graphite is an instructive model, Berkwood has room to move. 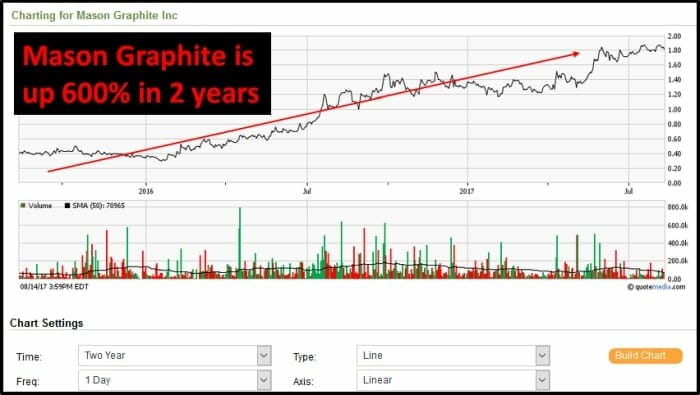 There are lots of graphite companies, cobalt companies – and lithium companies – but very few companies developing all three elements.

As well as the graphite project, Berkwood entered into an agreement to acquire The Cobalt Ford Property which consists of 40 prospective cobalt claims and the “Delbreuil Lithium Project”, located in the Abitibi District, is road accessible and located in an established lithium-rich region.

“The reader is cautioned that visual recognition of graphite does not equate to grades of significance”.

We caution the reader that Berkwood stock may be more expensive later.

FULL DISCLOSURE:  Berkwood Resources is an Equity Guru marking client. We own a tonne of stock, and we’re buying more.