Cobalt Power Group (CPO.V) pulls off the mother of all land grabs 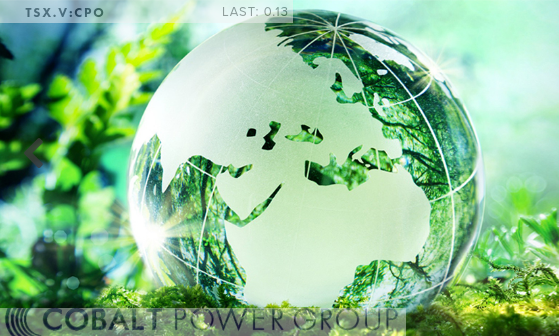 For those who believe that bigger is better – the Cobalt Power Group (CPO.V) just made an eye-popping land acquisition.

“You might not have heard of this nerd-friendly ticker symbol CPO – but you will,” wrote Chris Parry, “Find me another cobalt play under $3 million. The bigger kicker? A gold project left over from a previous incarnation, and a graphite project that may come in handy as graphite is also important for lithium-ion batteries.”

Since then, the stock price has doubled.  We think it’s going higher. Here’s why:

On July 27, 2017, CPO announced that is has signed an L.O.I (letter of intent) to acquire four separate blocks of mineral claims located in the South Lorrain and Lorrain Townships of Ontario – totaling about 18,300 acres.

The Properties are currently owned by a private mineral company. The claims are in the Silver Center area of the Cobalt Camp, close to several historic mines, including the former producing Keely and Frontier Mines in South Lorrain Township.

Here in the dog days of summer, many investors stop paying attention – on the premise (which is self-fulfilling) that companies don’t release major news during vacation season.

But when a company signs an L.O.I, it is legally required to immediately release that information to the public. We believe the magnitude of this acquisition has not been fully absorbed by the investment community.

After the L.O.I is converted to a binding deal, Cobalt Power will become one of the largest landowners in the Cobalt Camp/Silver Center.  The claim group is close to the recently announced First Cobalt/Cobalt One lands.

CPO plans to close the deal by issuing 35 million shares to the privately held company, and also granting them a 1.5% net smelter royalty, of which 75% may be purchased for a cash payment of $1 million.

Cobalt Power has 30 days to conduct its due diligence on the deal.

“Our company will have 100% ownership in the mineral rights for one of the largest land packages in the Cobalt Camp,” stated Dr. Andreas Rompel, President & CEO. “Expanding our contiguous parcels into the core of the historic Silver Centre bodes well for continued exploration, increases our opportunity for discovery and turns us into one of the dominant players in the region.”

The drill program at Smith Cobalt has been completed, with a total of 1,897 meters drilled in nine drill holes.  Core logging and sampling is close to completion.  Assays are pending and results will be released shortly.

Currently, 65% of global cobalt supply comes from the Democratic Republic of Congo (DRC).  That’s a PR headache for companies like Apple (APPL.NASDAQ). So Apple and other mega-cap companies are looking for North American supply lines of cobalt.

Batteries now account for 50% of cobalt consumption. It is also used in aerospace applications, high strength alloys, carbides, magnets and surgical implants etc.  Cobalt is climbing a wall of demand.  The 12-month spot price confirms that. 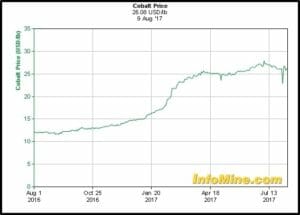 We liked this company when it controlled 823 acres.  Now that its ballooned to 18,285 acres – we like it even more.

FULL DISCLOSURE:  Cobalt Power Group is an Equity Guru marketing client.  We own stock and we are adding to our positions.