Nevadians are faced with a shortage of legal marijuana only weeks after sales went into effect in the Golden State.

The 47 shops licensed to sell weed in Nevada saw record crowds and millions of dollars were reportedly spent purchasing pot in the first four days it was legal to stroll into a dispensary to buy Black Lavender without a prescription.

Dispensaries cannot restock themselves and are caught in a fight between the state tax department and the Nevada’s currently licensed liquor distributors.

The liquor distributors have a monopoly on the market since the state decided to regulate cannabis like alcohol.

When the state received applications from the various licensed transport operators, it was claimed that the paperwork was incomplete.

Let’s face it, the liquor wholesalers are basically fat cats who have done nothing for the industry, but will deign themselves to make a tidy profit solely due to a piece of legislation.

Should marijuana be regulated as alcohol?

The two don’t normally mix well at a party, why should they be paired together legally?

Governor Sandoval’s proclaimed “state of emergency” which allows dispensaries to sell pot without having to designate it as either medical or recreational first, will give the industry some time before the shelves are empty, but some dispensary owners are claiming they will be out of product in a matter of days.

Liquor wholesalers got along just fine before weed came along and will be the same when the state gives licenses to outside operators who are willing to make a commitment to or already have some connection to the industry.

New market, new players, makes sense – the liquor wholesalers should back off.

If anything else can be gleaned from Nevada’s predicament, it’s the rampant popularity of recreational marijuana.

Admittedly, it was a holiday weekend and everyone wanted to get in on a piece of history, but the millions of dollars spent in a matter of days, certainly speaks to the ardent commitment of recreational smokers.

Companies like Golden Leaf Holdings (GLH.C) are positioning themselves to capitalize on the continuing march of marijuana legalization and are striving to build the brands on which the industry will form itself.

In fact, Golden Leaf Holdings announced today that it signed definitive agreements to acquire Chalice Farms, a vertically integrated cannabis business based out of Oregon.

Chalice grows it, extracts it, formulates it and sells it in flower-form, edibles and oils. The company also runs a chain of four branded retail dispensaries in the state and recently won the honor of “Cannabis Store of the Year” at the 2017 Dope Magazine Industry Awards.

Golden Leaf got to snap Chalice up for US$19.25 million in cash and 83.0 million common shares of GLH.

Chalice also stands to gain 1.25 times its revenues earned for the year ending on December 31, 2017.

As a result of the deal, GLH will get an increased market presence in Oregon for its GLH-branded products with a market-leading dispenser as well as an ability to strengthen its portfolio with Chalice Farms branded lines.

The transaction will also give former owners of Chalice Farms 28% of GLH’s outstanding common shares and pursuant to the closing, William Simpson of Chalice Farms has been appointed President of GLH.

AC Group Financial acted as advisor on the deal as well as three other acquisitions being undertaken by GLH.

As Nevada sorts itself out and Oregon continues to grow to an estimated half-billion-dollar market by 2020, it is companies, like Golden Leaf Holdings, who jump in and define the space that have the best chance of surviving the inevitable bud brand war.

End of year revenues from Chalice will tell the financial tale of this decision and I suspect it could be a happy one for shareholders. Do your homework, you may want to take a closer look at this one. 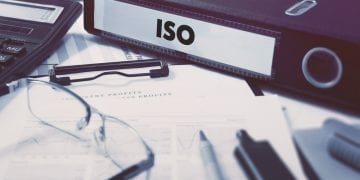