The World Wide Web was barely out of its diapers when Sean O’Sullivan founded NetCentric, envisioning a digital world of services built within the Internet. This led to a meeting with Compaq marketing executive, George Favaloro, in late 1996 where the term “cloud computing” was reputed to have been born.

O’Sullivan may have nailed the future but the power of cloud computing is based on the Internet. The Internet in the late 90s wasn’t reliable enough to support O’Sullivan’s dream and his internet fax service tanked, taking the company with it.

Despite industry giants like IBM, Oracle and HP, trying their hand at cloud computing, it may never have succeeded without Linux and Amazon Web Services (AWS).

Linux’s open source format provided a transparent platform for development while AWS’s incredibly aggressive build-up of infrastructure provided a space for the technology to grow.

As a result, Linux and AWS became cornerstones of the cloud computing market.

Early on, critics cried that Amazon was throwing money away. Its online sales business still hadn’t made the company profitable and Bezos’ determination to build the biggest cloud infrastructure service on the planet seemed like insanity.

Bezos was crazy like a fox. AWS pulled in $12.0 billion in sales for 2016 – a 55% increase from the previous year. In fact, AWS has done so well for Amazon that it generated 10% of the online giant’s consolidated revenue and 89% of its consolidated operating income in Q1 2017

AWS remains royalty within the space holding 31% market share, but it faces more competition than ever in Microsoft Azure, Google and IBM and that competition is making substantial strides with Microsoft growing 93% and Google up 74% since Q1 2016.

According to a recent Gartner report, the worldwide public cloud market is expected to be worth $246 billion in 2017 and then climb to $383.3 billion, with IaaS and SaaS in the lead.

In the world of SaaS, according to a list put out by Okta.com this year, Microsoft 365 leads the way, with SaaS pioneer, Salesforce, coming in second and the once beleaguered Box in third place.

Another darling of the SaaS space, Slack, is rumored to be raising another $500.0 million for what could be a $5.0 billion-dollar valuation.

This news falls on the heels of news that companies like Amazon are circling for a bite of Slack in a sale that could be valued at $9.0 billion.

Slack was launched a little over three years ago as an internal communications tool for the development of the now-defunct online game Glitch. Slack, which stands for “Searchable Log of All Conversation and Knowledge”, started with just 8,000 users in August 2013, but soon grew and by 2015, it had more than one million daily active users.

The team facilitation software was also the first business-to-personal crossover since Microsoft Office and BlackBerry, and as such garnered the title of best start-up of the year at the 10th Crunchies Awards.

Cannigisitics started as a tool for the medical marijuana industry, but now is sold as a SaaS application management solution for any industry interested in advanced application access, optics and control.

LEAFHub is meant to be a gathering ground for MMJ industry peers where in a secure environment, industry participants can better connect with their peers, stay abreast of critical information and bridge gaps with new segments rising within the space.

Last but not least, there’s IndustryCast. This broadcast platform is meant to provide an opportunity for everyone in a particular industry to be connected through a single platform. It’s meant to drive industry innovation and awareness in a secure environment.

Calyx Bio-Ventures sits in a similar position as Slack once did, and could benefit from the parallel, but also like Slack, Calyx’s offerings need users to reach critical mass.

Slack was a relative first mover in its space and reaching critical mass, although difficult, still had greenfield opportunity. SaaS offerings now have to vie with a sea of contenders for an audience already beset with a myriad of SaaS solutions.

Calyx will have to work hard on market awareness and prove that it, and it alone, can provide invaluable service to its users that Slack cannot before it gets hit with any multi-billion-dollar valuations.

I am not saying that’s impossible, Calyx CEO, Roger Forde, is a determined man and there are some key individuals on the Board that may add fuel to the fire. Graeme Watson was President and CEO of Infosat Communications, a top provider of satellite communications in Canada. Then there’s Dr. Adrian Bak who is an expert in implementing technologies which result in better care for a greater number of patients. Dr. Bak has been featured in Apple Inc.’s “Apple in Business Profiles.”

Whoever manages to survive and thrive, cloud computing is about to explode at an estimated CAGR of 19% to 2020. Will Calyx be part of that pack? The next six months should tell the tale. 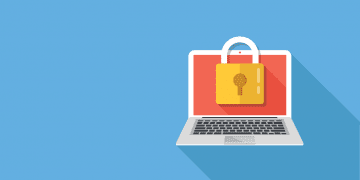 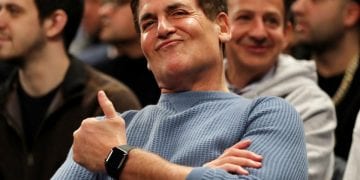 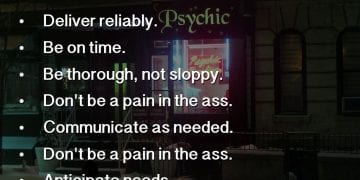