byLukas Kane
May 29, 2017
in An Industry Explained, Kane, Lithium, Mining

On September 25, 1660, the great English diarist, Samuel Pepys wrote: “I did send for a cup of tee (a China drink) of which I never had drunk before.” At that time, tea drinking was a novelty.  Thirty years later, England had imported 181,000 pounds of tea.

With soaring demand, the price of tea increased 300%.

Ten years ago, electric cars were a novelty. They’re not anymore.  Tesla is mass-producing lithium-ion batteries for its electric vehicles (EVs).  Sales of EVs are projected to hit 41 million by 2040.

Right now, and for the foreseeable future, the lithium business is a good place to be.

There are some mature Lithium pure-plays that are worth investigating.

Galaxy Resources (GXY.AX) is a lithium-focused company with assets in Australia and Canada. GXY is also developing the Sal de Vida Lithium and Potash Brine Project in Argentina.  It has a market cap of $850 million.

Will it go up further?  Probably – but with a 1,000% share price appreciation in the last two years, some of the upside is shaved off. 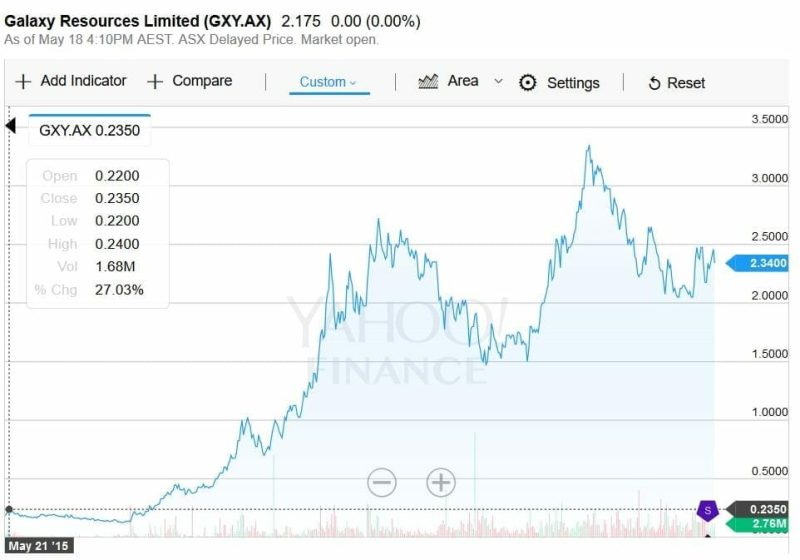 Galaxy is a solid lithium company.  But a 200-foot tall redwood has done a lot of its growing.  Risk-tolerant investors may wish to glance down the food chain for lithium juniors with a bigger upside. 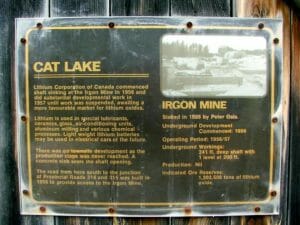 The first task is to review the historical drill data for the Irgon Mine as logged by Lithium Corporation of Canada.  This data will be used to render a 3-dimensional model of the historical resource at Cat Lake.

QMC has reason to be optimistic about the mineral resources on the property, as it contains the spodumene-bearing Irgon Dike.

A dike is a sheet of rock that forms when magma intrudes into a crack then crystallizes. The size of the crystals is the most unusual feature of pegmatites.  They are often over 5 centimeters.

Spodumene is an important source of lithium.  It can be extracted easily from spodumene by fusing in acid.  Global production of lithium via spodumene is about 80,000 metric tonnes a year.

Pegmatite-based projects are generally quicker-to-production than brines – which can take 3 years – depending on evaporation rates.  With pegmatites, once the deposit is established – and a mill is built, the lithium carbonate is produced in a matter of days.

The Cat Lake dike has a total exposed strike length of 442 meters with an average width of 7 meters.  In 1934 the eastern portion of the deposit was analysed by the Ottawa Department of Mines – returning 40-53% spodumene and 7.44% Li20. 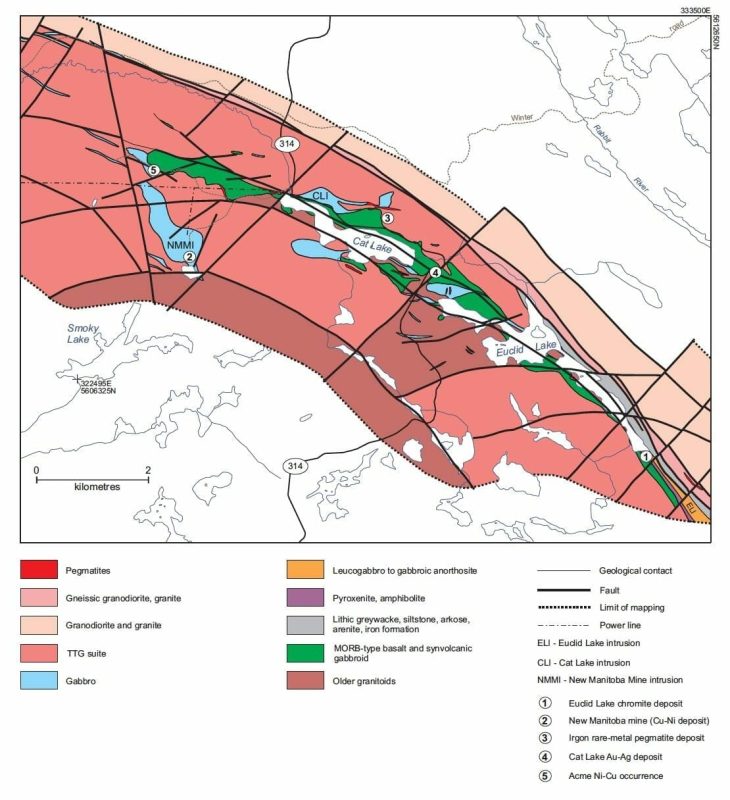 In the 1950s the Lithium Corporation of Canada drilled 25 holes into the Irgon Dike reporting a historical resource estimate of 1.2 million tons grading 1.51% Li20 over a strike length of 365 meters and to a depth of 213 meters. Historic metallurgical tests reported an 87% recovery from which a concentrate averaging 5.9% Li2o was obtained.

On March 6, 2017, due to intense interest, QMC increased the announced private placement to $1.1-million.  Ascenta Finance Corp is arranging the financing will issue to 11 million units at $0.10 per unit, with a purchase warrant exercisable at $0.17 for a period of 18 months.

QMC announced that it will, “use the net proceeds from the private placement for working capital, advancing its recently acquired Irgon Mine Lithium project and general corporate purposes.”

In fact, QMC has other valuable properties in Manitoba, including the 55,352 hectare Rocky Lake VMS Project and the 3,073 Carrot River Project.

The beauty of VMS deposits is that multiple metals can all be found in the same basket.  So they function as single-deposit diversification investments.  A single deposit has been valued at half a billion dollars.

So we don’t ever sneeze at VMS deposits. And we will investigate Rocky Lake and Carrot River another day.

Break it down any way you like, surging global demand is the key driver of lithium stock prices.

The lesson here is that no-one can predict all outcomes that affect commodity prices.

In the short and medium term, we think Cat Lake will be the key to unlocking shareholder value in Quantum Minerals.