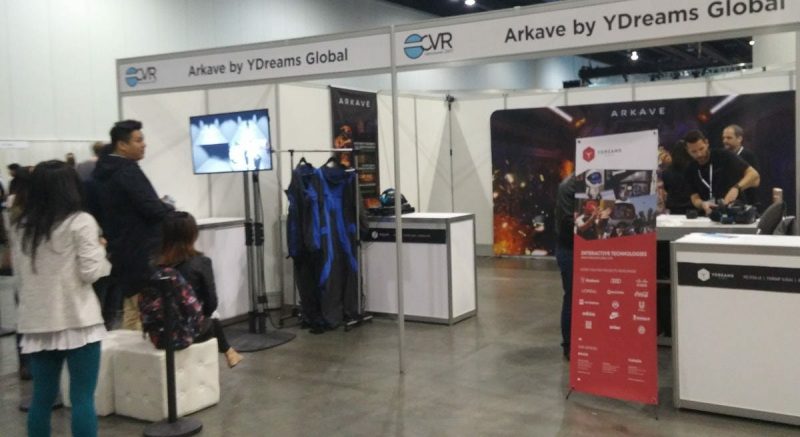 To the left of the booth is the lineup of folks waiting to try it out, which stretched back around behind the booth.

While the market for Virtual, Augmented and Mixed Realities continues to grow by leaps and bounds, YDreams Global is ready to take the industry one step further with its new venture for the segment: Arkave is a global network of connected VR Gaming Arenas, destinations located at major cities where gamers will be able to enjoy matches with a level of immersion and connectivity never experienced before.

Arkave is expected open its first arena later this year, readying itself for global expansion in early 2018.

I tried the unit, which takes VR to a new level by incorporating a movement-allowing chest-pack, that lets the player literally move around a virtual space, instead of just pointing and clicking, and though the UI was pretty basic at this level of its development (characters float about rather than walking, for example), bringing a physical space to VR games makes a real difference to the experience.

Much of the conference involved video game designers showing alpha stage – or pre-alpha – works, which struggle to bring ‘reality’ to the virtual reality space. You can only get so into ‘click to move’, and spending ten seconds trying to line up your virtual hand with a virtual object. But the Ydreams experience was next level – which may be why they sponsored the conference, positioned themselves right at the front door, and looked exhausted as the weekend ground to a close. 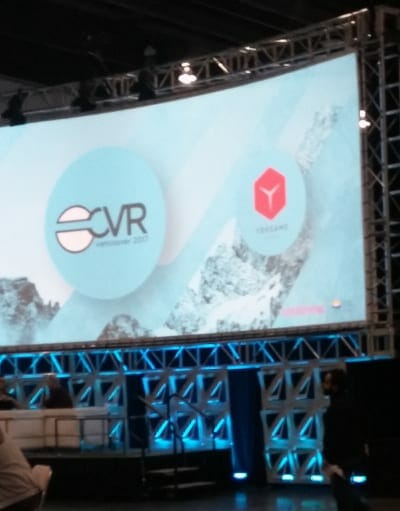 That’s the Ydreams logo, up on the main stage, as sponsor of the shindig.

I spoke to CEO Daniel Japiassu about how things are going at the pointy end, and he told me he’s moving to Vancouver full time with his family to focus on North American opportunities.

“The whole family is coming,” he said, “because there’s just too much going on up here to be flying back and forth.” 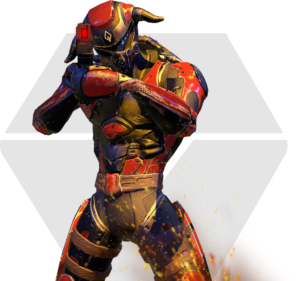 The focus of Arkave right now is to sell the system as a franchised or licensed stand-alone VR arcade model, where instead of being in a chair, you’d be moving around a space dedicated to a game, or series of games.

Inside the system you wear helmets, headphones and chestpacks, which are a little large now but will get smaller as the system is streamlined. Reaching out to touch a wall in the game leads you to touching the physical walls in your space, which is a head trip. Reach out and touch another player (the system is multi-player instead of single player, another differentiator), and chances are you’re gonna get touched back… with a hard right hand.

I played with my son, who said it was the highlight of the show for him. He also said it was, “weird,” which he assured me was a good thing. He also chased me around the thing.

Also at the show was Equity.Guru, being as our livestream studio is based out of CUBE, a VR workspace in Vancouver’s Downtown Eastside. Small startups such as Steampunk Digital, Cloudhead Games, PitchPage VR and gamer ad agency Work At Play were there sharing the booth, as was Ampd Game Technologies, which supplies tech hardware, development tools, office connectivity, and cloud hosting to many of Vancouver’s game studios. 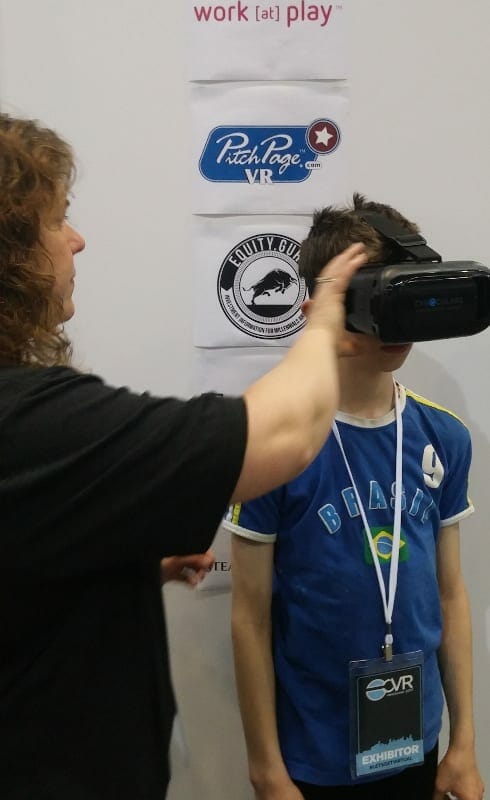 The giants were also there; Telus, Microsoft, HTC, the BC Lottery Commission (which had apparently developed a kids’ game, but wouldn’t allow kids into their booth), while speakers from Google, Ford, NASA, CNN, and Delta Airlines added some heft. Every college or university in C with a VR program turned out to lure future programmers in.

the ‘odd use of VR’ award goes to Ftsy, which is developing an online shoe sizer, and ‘best prepared’ goes to Archiact, which had several games on display and the foresight to set up dozens of stations for folks to try them, while others had long lines waiting to try a single unit. A 3-on-3 Smash Bros-lite system debuted, to really long lines and, it must be said, limited user experience from what I could tell.

Notably absent: Imagination Park (IP.C), which apparently has a whole load of virtual reality properties its developing but missed the opportunity to show it. Hmm.

FULL DISCLOSURE: I don’t own stock in any of the companies mentioned above.