I grew up in Kitsilano, Vancouver, British Columbia.  In my teens, 4th Avenue (our main street) smelled like marijuana. Long-haired men and bra-less woman smoked joints in doorways.

After a mid-life magical mystery tour that included stops in New Zealand, California, New York and China – I’ve returned to my roots, back on 4th Avenue.  Once again, the air smells like marijuana. But no-one is smoking joints. 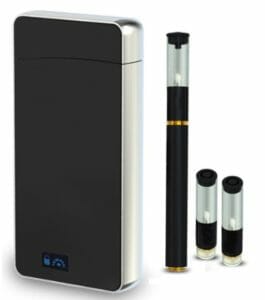 Vaporizing – or “vaping” is the act of inhaling and exhaling the water vapor produced by an electric device called vaporizer or e-cigarette.

In California there is now a TV commercial for a vaporizer aimed at cannabis users.  The ad features clips of athletes and military personnel captioned with the slogan “Discover Love”.

Some traditional users still prefer to vape marijuana leaf, but thousands of people are switching to oils. This provides a more concentrated delivery of THC and doesn’t leave hands and clothing smelling of resin and smoke.

Miniaturized vape pens are the perfect solution for people who require discretion.  Instead of taking a 15 minute break to roll and smoke a joint, you can puff on a vape pen in the time it takes to blow your nose.

Like yoga and craft beer – vaping is officially now “a thing”.

Unlike many of the start-ups in the “cannabis space” Quadron has real products and real sales.  On May 2, QCC received a $305,000 order for its custom branded vape pen units and cartridges.

According to Quadron’s press release: 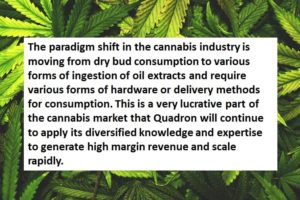 “Cannabis oil consumption is estimated to grow 100X times faster than dried marijuana consumption,” stated Rosy Mondin, President and CEO of Quadron, “Many cannabis growers do not have the equipment or expertise to deliver a highly consistent, branded, end product to their customers leaving a critical void in the market which Quadron aims to capture.”

Quadron is a multi-limbed beast. Although vape pens are a lucrative side-line, the core business is the design and production of cannabis extraction and processing equipment – which it leases and/or sells to cannabis industry participants through its subsidiary Soma Labs.

Soma Labs’ sole objective is to help growers maximize profits from the cannabis market.  The company has strong financial, entrepreneurial and scientific DNA.

Soma Labs is currently working on: 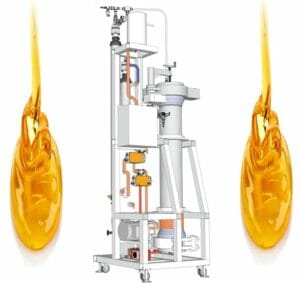 What distinguishes Quadron from most of the players in the cannabis space is that the company is already monetizing its products. There is no waiting for permits or Beta-testing a hydroponic plant fertilized with goat manure.

QCC products are sitting on a back-road of commerce that is about to become an 8-lane highway.

QCC is also preparing to deploy mobile extraction units to service the cannabis industry. The company is developing a proprietary, portable processing lab that will serve as a turnkey solution for legal medical and recreational cannabis growers, as well as any other plant species.

“Most cannabis cultivators have neither the expertise nor the time to create their own compliant, controlled and automated extraction environment,” stated Mondin, “This is a lucrative niche market within the cannabis industry where we can apply our diversified knowledge and expertise to generate high margin revenue very quickly.”

As part of the research for this article, I visited a cannabis store on 4th Avenue.  The congenial young saleswoman told me that 60% her sales were oils, and that number is rising fast.  “It’s cleaner, faster and more potent.”

Quadron, with automated cannabis extraction and processing technology, is poised to profit from this mega-trend away from dried cannabis to extracted products including oils.


NB: Quadron Capital changed its name to Quadron Cannatech effective as of May 10, 2017. Post edited.