How to find a buttload of zinc: First, you miss, then you miss less

Okay, mining newbies, we’re going to play a little resources 101 today, because some interesting stuff is happening out there in the big bad world that may necessitate your learning something outside of the weed market.

Master Trump, the first Presidential boy, is making noises like he’s going to slap away on the nuclear football until it makes a big banging noise, and if that happens, you’ll want to know what mining is.

That’s not easy for someone on the outside, as mining comes with loads of terms, assumed knowledge, and what ifs that require some book learnin’.

So today we’re going to look at zinc, because this: 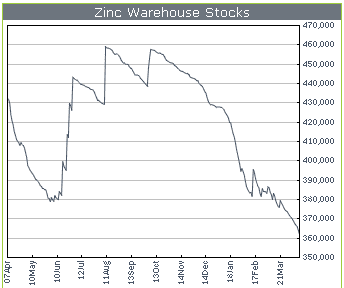 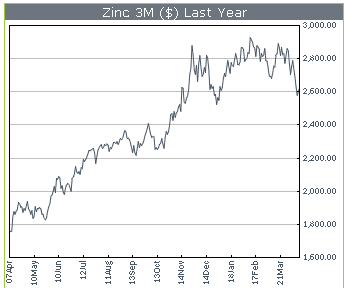 Goldman Sachs forecast a 114k ton shortage of zinc in 2016 which it said would widen to 360k tons in 2017. For the first time last year, China, despite being the world’s largest producer of zinc, was forced to import it.

Now, I’m not going to say there’s no zinc left in warehouses scattered about the globe, but there’s a lot less of it out there than is ideal, because zinc is usually extracted as a secondary ore in copper mines.

Copper, you’re adorable, we love you, but get your shit together.

Added to that, 5 million tonnes of zinc a year are yanked out of China. The next biggest in the world is Australia, with 1.5 million. From there it’s a freefall. Basically, China has all the zinc, and if President Cheeto decides to pick a fight with them, or they decide to shut down a few mines to alleviate environmental problems, oh boy.

So with copper on the dropsies, as copper mines roll out of active use and new mines are deferred until they’re more profitable options, and existing supplies tied up in potential political weirdness, what happens to zinc?

The Teck Resources Sullivan mine was a beauty. A $49 billion beauty. It yanked 337 million ounces of silver out of the ground, and 17 million tonnes of lead and zinc as a rich by-product. It’s classified as ‘legendary’ status.

On the map below, it’s right next to the town of Kimberley, in the Kootenay BC region. 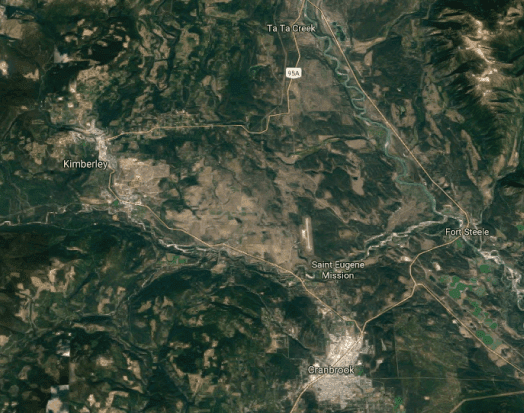 Over on the other side of that map is Fort Steele. That’s where Kootenay Zinc has decided to play.

Here’s what that map looks like if you’re an earthworm.

Now, I know that looks a little complex, but here’s the skinny: On the left is Sullivan. That blob of red under it is that legendary mine. If you track the red along, you find where it came from; a big old schism of fault lines. One big chunk o’rock went west, towards Kimberley, while another when up, towards Fort Steele.

The Sullivan vein was easy to hit because it was close to surface, fat, and horizontal. The Fort Steele stuff? That’s going to take some tech know-how to hit. 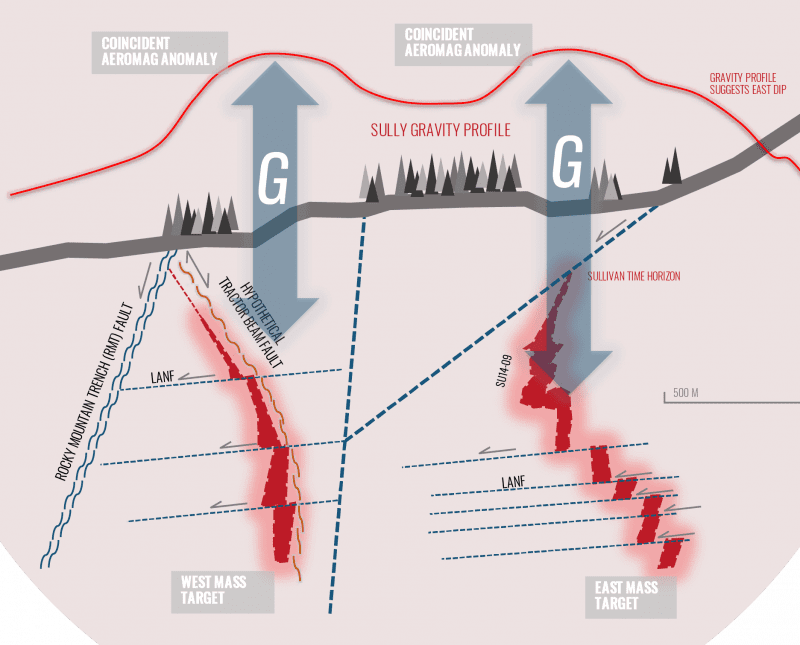 How does ZNK know there is ore to be had way underground? Well, geologists scour the surface to find signs of it, then they do aero-magnetic imaging, by flying a plane over and measuring magnetism below, or with gravity measurements.

Rapid and huge diurnal variations may arise unpredictably due to an extraterrestrial, solar wind of charged particles. The magnetic field itself is dipolar and usually non-vertical. Rocks can be magnetized in a vast and unpredictable variety of ways, induced or remanent, primary or secondary. Magnetization can be altered and lost when rocks are heated, reacquired when rocks cool, and created, destroyed or changed due to chemical alteration and other processes.

Gravity readings on earth are not the same everywhere. The planet’s rotation and polar flattening are well known and easy to correct for, as are the small and predictable diurnal variations due to tidal forces of the Moon and the Sun. After these and other corrections, we are interested in map-scale gravity variations attributable to lateral changes in the density of local rocks.

So ZNK flew over the area and got some imaging that indicates there’s rocks as laid out in the map above.

A Cominco airborne geophysical survey identified two N-S trending magnetic anomalies underground at Sully. These are up to 3 km long, about 1 km apart and are near-coincident with the gravity anomalies.

The next step from there will be to stick drills in the most likely areas to find ore. Cominco chucked a couple down back in the day and managed to dodge everything. Those are the dotted lines below.

So Kootenay likes that the first drill attempts missed, because if they hadn’t, there’d be no way for this company to get its hands on a property that could well be something glorious.

So they went hard after that east mass and tossed another drill down.

The Sully project team has recently completed drill hole SY17-11, which tested a portion of the E1 zone of the East anomaly. The hole did not intersect an extensive high density mass but did intersect a number of geologically significant features with similarities to the Sullivan sedimentary environment.

Another gutterball. But that doesn’t mean nothing’s down there. It means the team has a better idea now of where the big vein isn’t, which helps lead it to where that mass may be.

But that miss is a big part of why the share price for ZNK, which had gone so ballistic early this year, from $0.10’s to $0.60’s, suddenly went the other way back to the $0.20’s.
That doesn’t suck for you, however, if you’re yet to buy the stock. Because now you get value.

The geophysical interpretation has greatly benefited from increased and closer spaced gravity stationing that has provided better definition of the anomaly. The new modeling also shows how and where the previous drill holes missed the E1S target as we know it now. The new close spacing of gravity field stations at E1S made it possible to generate three dimensional equivalent mass models for the first time on any of the anomalies at Sully.
The E1S model indicates the mass has a strike length of about 150 metres and that it is truncated at its north and south ends. It also shows that the target extends from a depth of approximately 70m to 270m below surface – but the target may well continue to depths below 270m.

So what? I see you, you naysayers, you cynics, saying ‘they didn’t hit anything, this is a bust.’

And to that I say, bullshit. Look, the perfect situation on a junior explorer is for them to miss the first batch, the share price heads to the basement, and then you get in while it’s oversold. Kootenay Zinc, for mine, is way oversold.

The rush on the stock began in part because of who’s involved, not what they’ve got. Ladies and gentlemen: Mr Tookie Angus.

By all means, be skeptical of any junior miner. But when you do your due diligence, stopping at the most recent drill hole news release is a dumb play, because guys like this don’t play in the shallow end of the stock pool.

On the technical side? Local knowledge:

[CEO Paul] Ransom is a geologist and noted Sullivan SEDEX deposit expert, having worked for over 33 years with Cominco, now Teck Resources Limited. Much of his career was spent at Sullivan related to the regional geology. Mr. Ransom has authored and/or co-authored ten papers on geology of the Sullivan deposit.

Now, I’m not going to tell you that anyone is slapping a drill right through a bonanza tomorrow, or even next month. Maybe not for a year, maybe never. But if you’re talking a sector on the charge, which we are, and an area play in an area that is ‘legendary’ for this metal, which we are, and with people who are legends in the business, which we are, and a CEO who knows more about this plot of rock than anyone – which we are… I think that’s interesting, and bears watching.

Me? I’m underwater on the stock – fair disclosure. But I’m holding it, because the dumbest time to sell is when everyone else already has. That’s when you go get your value on a deal you’ve done your digging on.

If ZNK misses on the next hole, well you’ve got to ask questions at that point. But many great discoveries started with a couple of whiffs. I’m in.

FULL DISCLOSURE: I am a stock owner in Kootenay Zinc.