Podcast: Wildflower Marijuana (SUN.C) proves me wrong.. or does it?

I gave no end of crap to Wildflower Marijuana (SUN.C) this past year, and I was absolutely right to do so.. until I wasn’t.

The one-time late stage weed license applicant, now cannabis merchandise brand, which sat on $0.15 so long you could have put the stock price on their business cards, suddenly took off for a buck in no-time flat over the last few weeks.

The shift puzzled many, yours truly included, so I called CEO William McLean and offered congrats, but also questions as to… why? how exactly did this thing go berzerko?

I mean, a distro deal is nice, but still means no revenues for a few quarters, and there’s a fat $10 million shareholder liability in the financials to deal with, and there’s also question as to whether this fat deal is actually a ‘distribution deal’ or more a third party logistics arrangement, which is closer to a drop-shipping arrangement than a 30,000 store order.

A fat 40% share price drop-off between our recording this interview and its posting make things even trickier.

But hey, credit where it’s due – I said the company had no chance of getting their act together, and they appear to have made the unthinkable happen – getting the stock to a buck is no mean feat.

So I called them up and offered contrition… to a point. Is this deal as big a deal as the news release claims? You decide, in this week’s Equity.Guru podcast.

FULL DISCLOSURE: Wildflower has no commercial arrangement with Equity.Guru and the author owns no stock in the company. 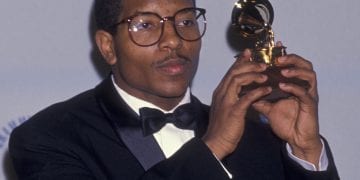