A round of applause to the compliance officers at the ASX, who have finally pulled their finger out and called bullshit on the last 6 months worth of company announcements put out by Stemcell United Ltd (SCU.ASX). 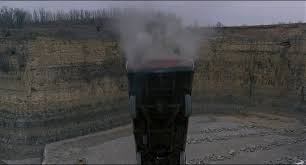 We highlighted the company’s woes a few weeks back after witnessing a textbook pump and dump play out in the space of a few trading days. After looking under the hood and finding that someone had stripped out the engine, readers were alerted to steer clear of this stock as it careered towards the edge of the cliff.

While it’s yet to fall into the abyss, it now seems to be only a matter of time before doing so – any remaining occupants would be well advised to get out while they still can.

Company announcements are fairly dreary at the best of times. Yet every now and then a gem comes along that is a real page turner. Such was the case when the ASX threw the book at Stemcell United in the wake of their recent share price fiasco.

In response to unusual SP movements, companies usually get a ‘please explain’ from the exchange – known colloquially as a speeding ticket. In response they tend to issue a fairly standard “We’ve got no fucking idea” and the matter quietly goes away.

Not in this case.

The ASX has gone over every sentence they have ever ushered to the market with a UV light, trying to unearth as much bullshit as possible. It would have made for a good episode of CSI, given the chance.

Employing Che Guevara like tactics, the company’s own words are now being used against them. It seems they may have missed that warning – Be careful what you write boys, it just might come back to haunt you.

The regulators have in effect not so subtly reminded SCU that they can pull the plug and switch off the lights any time they like.1

“Material Uncertainty Regarding Continuation as a Going Concern

Without modifying our opinion, we draw attention to Note 2 (Going concern) in the financial
report, which indicates that the consolidated entity incurred a net loss of $35,618,359 during the year ended 30 June 2016 and, as of that date, had cash of $272,897 and deficiency of working capital of $321,397.

These conditions, along with other matters as set forth in Note 2 (Going concern), indicate the existence of a material uncertainty that may cast significant doubt about the consolidated entity’s ability to continue as a going concern and therefore the consolidated entity may be unable to realise its assets and discharge its liabilities in the normal course of business.”

It makes for fascinating reading, unless you’re still a shareholder, in which case it would scare the bejesus out of you. For those unfortunate few, there’s still some money left on the table assuming you can find a buyer. Hey, we all need to rely on the greater fool theory sometimes.

That offer won’t last forever if this company continues on it’s current trajectory.

Just ask anyone who thought Dick Smith was a ‘value buy’ the week before the administrators were appointed.

Outside the Circle of Trust

As any good bullshit bingo player knows, you have to be very careful when you wheel out the old “leverage operational synergies” line. A poorly worded PR can bring unwanted attention. 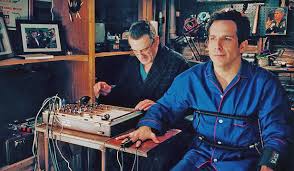 What exactly did the regulators want to know?
It seems to center around three points, namely:

It’s only the 3rd point that any investors, either current or potential, need to focus on – and carefully.

Let’s face it – when you’re asked to provide a detailed list of product lines, sales and distribution agreements and a statement of revenue generated over the last two years then the game is up. You’ve been caught with your pants down.

Oh to be a fly on the wall when SCU were debating how to respond to the ASX query dated 17th March 2017.

Nothing that we’ve read in the above release convinces us that this company is anything but a dog with new fleas (as Gekko would say).

So who’s left holding the bag?

In many cases the absence of information is just as powerful, if not more so, than the facts presented. What jumps out at you when you look at the table below? (Hint: Focus on the type of shareholder)

Did you spot it? Among the Top 20 listed only 4 appear to be company entities. That’s a worry. #thingsthatmakeyougohmm4

How many nominee companies do you see? None. Exactly.

The smart money has voted – and given this company a wide berth. If something was cooking here, a few of the big players would have some skin in the game and would be doing everything possible to get the necessary funding in place and overhaul the current management structure.

Rest assured that the banks won’t be lending a kind ear to the cries for help that may soon be coming.

When the music stops, and it will, there simply won’t be enough chairs for everyone.

According to their response to the ASX, the company claims that “visible results and revenue will be demonstrated in Year 2017” and acknowledge that further fund raising activity is currently planned.

In an unsurprising move, the company is now trying to get a $1 mil convertible note issue away, in an attempt to prop up working capital. Who in their right mind would throw even a handful of coins at these clowns given the current situation? Even with the eye-watering 12% pa being offered, to us it just feels like a financial misstep. Absolute returns mean nothing if risk is not taken into consideration.

It’s likely that SCU will come up with some creative ways to keep the business afloat and the regulators at bay for the next 6 months or so until escrowed shares can be converted into cold hard cash. That’s their playbook now – after all, their newly appointed Strategic Advisor, Nevil Schoenmakers, won’t be too happy if his $2 million holding is worthless when it comes time to cash out, will he?

Here at Equity Guru our only concern is that the popcorn will run out before the show ends.

Disclosure: Wouldn’t touch SCU with a barge poll, even if I had one.