Continuing our new series where we invite good writers to give us our opinions on companies they don’t own, but that we’re interested in, former Stockhouse tech analyst Gaalen Engen takes a squizz at an early Equity.Guru friend, Nano One Materials (NNO.V).

Since their development in the early 90s, lithium-ion batteries have come a long way to become the de facto standard in consumer electronics energy storage. However, for the 21st century alternative energy revolution to really take hold, energy storage technology still has a long way to go. Manufacturing costs are still high, capacities need to increase and, as anyone with a phone-grabbing child knows, charging times need to be reduced. To make matters more challenging, the battery market is incredibly tight as is, with not much in the way of margins.

As such, lithium-ion battery manufacturers have been desperately searching for a disruptive technology that would give them an edge in a sector that regularly advances in inches. One company on the leading-edge of lithium materials development is Nano Materials (NNO.V).

In short, the company has come up with a patented scalable process technology for producing lithium cathode materials, as well as other composites, that can substitute out hard to obtain or expensive elements for others.

For example, if cobalt is in short supply, or only obtainable from dangerous holes dug with toothbrushes in African dictatorships, maybe just pay Nano One a licensing fee for their tech which allows you to use something else.

The company opened its doors back in 2011 with a couple of pointyheads and a notion, and  has since blown that out into a select group of industry experts. These include company CEO Dan Blondal, Principal Scientist Dr. Stephen Campbell, and Lead Engineer Russell Barton.

Blondal has 26 years as an engineer and manager in high growth technology, while Dr. Campbell has 19 patents and over 25 years in leading industrial research at Ballard Power, and Barton has 30 patents with 40 years of experience in mechanical and electrochemical systems. If you were billionaire playboy philanthropist Tony Stark, you’d have the Nano One team in your basement working on your next Iron Man suit.

“More upward thrust, boys. And can we make it shoot laserballs? I’ll be back after lunch.”

To say Nano One executives, directors and advisors make up a brains trust is an understatement, as the team at Nano One has over 200 years of combined experience in capital markets, management, business development, process engineering, lithium production, materials science, and electro-chemical systems. You struggle with your wi-fi router.

Since their founding, Nano One has made some serious progress along the path to its goal, including developing its first powders, their proof of concept, some patent filing, third party validation, IRAP grants, partnering with Noram and 4D Labs, and developing full-scale concept and granting of three of those aforementioned patents.

Nano One’s three-step process (see below) utilizes readily available equipment (so there’s no need to invent another Iron Man suit) and is developed with scalability in mind, because – you know – they want to sell it to Samsung and Apple eventually. And Tesla, because, obvs.

Nano One is continuing to be recognized for their work and just a week ago, received a $1.9 million award from Innovation, Science and Economic Development Canada (ISED). Company CEO, Dan Blondal, commented, “These funds are non-dilutive and non-repayable, and add to funds previously announced. The support leverages existing plans to build and operate our Demonstration Pilot Plant. We remain on target to have the pilot built early in 2017 and our approach is already drawing the attention of multinational lithium ion battery stakeholders in the automotive supply chain. The funding selection process is competitive with extensive due diligence, and we are honoured to have gained the confidence of ASIP and ISED. We look forward to their valuable support.”

This money helps set up the company’s next stage for the design, construction and operation of <angels singing>Nano One’s Pilot Plant</angels singing>.

The plant is intended to showcase the company’s patented technology and simulate full scale production of lithium ion cathode materials that are critical to the EV market, for folks who might like to buy squintillions of dollars of such things.You know, like cellphones, computers, cameras, cars, homes, solar cells, smoke alarms, Tamagotchis, pretty much every piece of electronics in the world, anywhere.

The plant will use equipment common to the industry, enabling Nano One to adapt to market needs and produce a range of cathode materials, including lithium nickel manganese cobalt oxide, high voltage spinel, and lithium iron phosphate. The company’s innovation is a simple aqueous process that enables a wider range of raw material inputs, eliminates manufacturing steps, and provides high purity, high performance materials.

The question the market has for the company right now is the same as it’s had for months – will the pilot project get completed, and when? I hear sooner rather than later, and that the financing isn’t an issue. The tech has been demonstrated, and the place to demonstrate it on a large scale is nearly here, so that moves us into ‘will anyone come see it?’

NNO currently sits at $0.47 per share with a $25.46 million market cap and approximately 57 million shares outstanding. Over the last six months it has drifted a little from the $0.50+ range, but only a little, and that’s impressive considering the company has been in a hibernation/getting stuff done mode.

That also makes now a good time to consider it as an investment opportunity. Nano One is feeding an important space slated for geometric growth with a necessary and disruptive technology, and with non-dilutive grant money coming in and what looks like an active 2017, shares could rise once again, like they did in early 2016, on a track of multiples.

As always, do your due diligence before making any investment decision but Nano One is on our list of closely watched tech stocks for 2017.

FULL DISCLOSURE: Nano One Materials is not an Equity.Guru marketing client, though it has been previously.

FULL DISCLAIMER: Nano One Materials was a past client of Equity.guru

Lithium continues to dominate the news and the sector benefits from this trend, Vision(VLI.V) up 125% for the day, TK’s market wrap up(10/05/20) 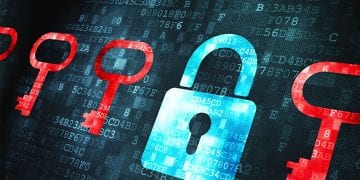