Prepare for the next great Canadian marijuana wave. Going against popular wisdom (and, admittedly, what I’ve been saying for a year now could never happen), the Canadian weed taskforce has released its opinions on what the country’s marijuana landscape should look like, and it puts the dispensary world squarely back on the table.

Recommending against pairing alcohol and marijuana, the committee suggests retail storefronts, with regulations on geographical density and location, are a better option than liquor stores. It also recommends against allowing cigarettes and weed to be sold together, which would rule out convenience stores.

The news will be met with cheers by the underground, black and grey markets, with the committee specifically advising that it would like to see such entities ‘come in from the cold’ and take part in the legal market, something that might be a hard sell for government to swallow.

The report suggests the standards and facilities of the current regulated producer market should continue and indeed feed the recreational space, though it leaves the door open for more such producers to enter the scene, as well as home-based growers.

Those personal growers should be restricted to four plants, with height restrictions to discourage fire issues. And edibles are to be welcomed, according to the report, if they don’t get marketed to kids and don’t resemble ‘existing food products’.

The markets haven’t moved appreciably on the news, mostly because the recommendations don’t change much in the existing scene, and will take until the spring to even get to the legislative stage.

But here’s what I think is the next big thing that will begin to become apparent in the weeks and months ahead.

Retail weed is going to blow up.

That is, companies will, if they’re not already, start coming to the fore, looking to raise money for dispensary roll-ups and the creation of weed distribution chains. Someone, perhaps the LPs but likely parties to be named later, will start the planning and process to buy or launch nation-wide chains with branding, consistent processes and floorplans and standards and supply. It’ll see a shift away from the sleeve tattoos and toward the Apple Store model now seen with regularity in California’s market.

Worth noting: The recommendations call for dedicated venues to consume cannabis, such as lounges and/or cafes. This will only increase the likelihood that retail is going to be a huge deal going forward.

For LPs, the retail space is one they’ve always avoided talking about, partly because they didn’t want to be seen coming after the activists, but the possibility that we could see a Tweed store in every shopping mall is one that should light up investors with dollar signs.

The move from many alcohol types toward talking up their benefits as future purveyors of weed has been something heard with increasing volume over the last six months, but this report sets that possibility on fire and watches it burn to the ground. It does walk nicely into a world where pharmacies could be used for weed dispensing, but I don’t know how many people want to rock up to the pharmacist and be told to wait fifteen minutes for their order to be filled while grandma gets her diabetes strips. And I’m not sure grandma wants that either.

It remains to be seen whether the Liberal government will take on all, or indeed any, of this report as gospel or if it tries to go half measures to keep the prairies from getting all frothy and indignant about druggies roaming the streets, but it does show evolution in the Canadian weed space in a way that, frankly, is a lot more progressive than many, myself included, thought possible.

The doctors are pissy because their advice to keep weed away from anyone under the age of 25 was ignored, but they’re always the last ones on the bus. The cops will be happy because about 80% of their free time will be freed up, though the report does make clear that existing laws should be upheld and enforced while the process is ongoing (you hear that, Jodie Emery?). And the feds, frankly, should be happy because the report goes further than expected, which allows them to wheel it back a little and claim to detractors that they’re ‘playing the middle ground’, while still actively building out the industry in a way that makes most happy.

On the markets, none of this hurts anyone. It’s not likely to be open season on home growing, industry will no doubt be expected to buy from licensed growers, be they existing LPs or some sort of smaller artisan hybrid, and nobody is going to get a dispensary open next to their kid’s daycare. Except in Vancouver, because Gregor.

This is a good day.

FULL DISCLOSURE: A bunch of marijuana related companies are Equity.Guru marketing clients. And we own stock in a bunch of them. And we’ll, no doubt, own more over the months ahead if this report is welcomed by government. Get your beak wet, lads. 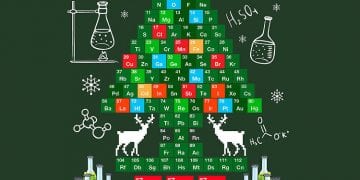