Well that happened: Post weed sector shake-out done, are we all good?

Last week on the weed stocks front was mental. It was A-grade bubbleicious stupid crazy bananas.

Canopy shot from $5 to $13 for a hot minute, and everything trailed up behind it as the craze infected all. I called for the fun times to end at about $11, drew a bunch of bitching from true believers on Twitter, and then watched it all come crashing back to earth.

Hopefully you, good reader, made some free money and got out in time to put it all back today, because today the weed plays have shifted back to green for what I hope will be a more measured, but consistent, rise going forward.

Canopy Growth Corp (CGC.T) is no longer a billion-dollar company, but that’s okay. As an $800 million company, it’ll do just fine, without all the concern about massive shorting that, it seems, may have ended today. Canopy is up over a buck, to just shy of $10 at the time of writing, which is still crazy inflated on actual fundamentals but at least forgivable.

Aphria (APH.V) is also up, despite news it was shagging Health Canada, Veterans Affairs, and veterans themselves by forcing vets to websites that only showed expensive strains for sale. I suspect that story may not be over just yet, and that the feds may have some non-love in store for that outfit, so I’m keeping my dinero out of it for a while.

Hearing lots of love for what Supreme (SL.C) is doing, especially with it’s now massive war chest. It may be where I shovel my Aphria dough going forward.

And the little guys are seeing love again, after their meteoric rises were dulled with everyone pulling their cash out and shoving it into the Canopy furnace fire for a while.

Tinley Beverage Company (TNY.C) is up nicely, on several pieces of news, including that it was ranked in the Top 25 weed investment opportunities in CannaInvestor Magazine. The company has also announced it has listed its Hemplify line in a pair of standalone franchise stores of the Sprouts chain, in San Diego County. Sprouts corporate sits as the second-largest health food grocer in the USA after Whole Foods. This is definitely a forward step in positioning Hemplify as a leader in the hemp CBD product category and hopefully a sign of more to come. If you’re about, go give the product a first-hand try:

Our good friends at Naturally Splendid (NSP.V) announced great sales numbers for 2016, bringing in over $6 million (up about $5.99 million from the last year), and recently raised $3.2 million in a private placement financing, but had the glory of all that blunted when a piece of paid analysis out about them had to be walked back by the exchange for making forward-looking financial statements. Won’t hurt their business any, but our colleagues at Sky Capital Report should know better…

While other weed plays were barreling downhill this week, New Age Farms (NF.C) has rocketed up a triple. The company has announced its second Washington State leaseback operation is in full swing, which is good, and they raised $700k a week ago, but the jump to a $17 million market cap is nutty IMO. 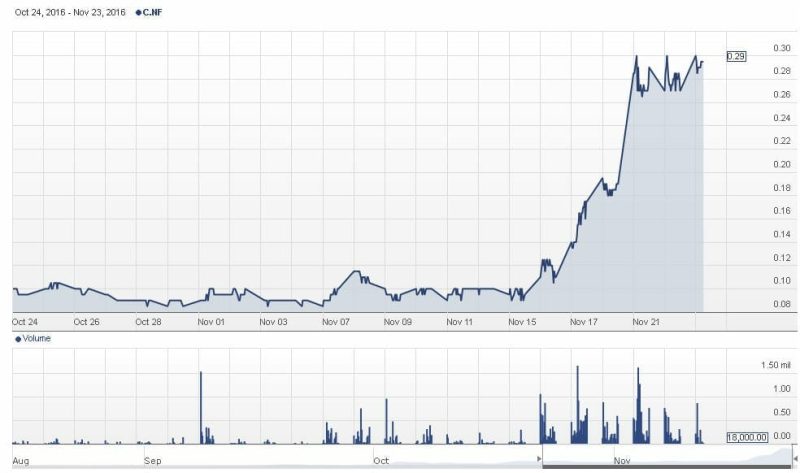 Invictus MD Strategies (IMH.C) has had a big bull run of late, moving up hard behind its $1 million dividend (a real true to life dividend in the weed space!), and it’s announcement that it had closed the option to acquire 49% of Zenalytic Labs – if they are successful in receiving a Section 56 Class Exemption Dealer’s license from Health Canada. Translated: IMH only has to shoot them $45k in stock for the option, and if that license arrives, $300k more seals the deal.

The lab is reportedly making revenue presently as a microbial and environmental analytical testing lab. the company says they will receive a decision within 180 days and there are no present deficiencies in their application. Approval is hoped for by February of 2017.

Had a visit from the folks at Lifestyle Delivery Systems (LDS.C), AKA Cannastrips, a company that I’ve long booted about for its controversial start on the exchange. We have made some peace, and they’ve informed me of some plans going forward. Ticker Traxx columnist Danny Deadlock has been pushing the barrow on LDS for some time now, to the benefit of his readers, who’ve ridden it from 15c to 70c+. I maintain the product will likely be the delivery vehicle of choice for grownups who’d like the benefits of CBDs without smoking, vaping, or taking your chances with a home-made bag of gummy bears. But I still want to see some grown up advances in the business model and real revs.

Had a good chat with Canabo Medical (CMM.V) as part of a co-pro Stockhouse podcast episode, and I must say I like what I hear. A real ‘big data’ approach to cannabis medicine, high standards ethically and medically, and a product that every weed company will want to have access to. I’ll be sending it out to readers on our subscription list when it lands.

Golden Leaf Holdings (GLH.C) can’t catch a break. It rode up the weed rise strongly but got inordinately beaten up on the downturn, now back to $0.40, which is where I can no longer help but buy back in. I’ve long believed there’ll come a tipping point where the market catches up to the story, but it’s also the first place the negators come looking for short opps. Long hold, and currently adding.

Marapharm (MDM.C) was down earlier today but climbed almost back to level on the news it has purchased marijuana vending machines for use in states in which it has a dispensing license. Vending machines are often tricky from a legality perspective, but it seems as though Marapharm has the means to make it work, what with their 300,000 square feet of medical marijuana licenses, land, and facilities in Washington and Nevada. 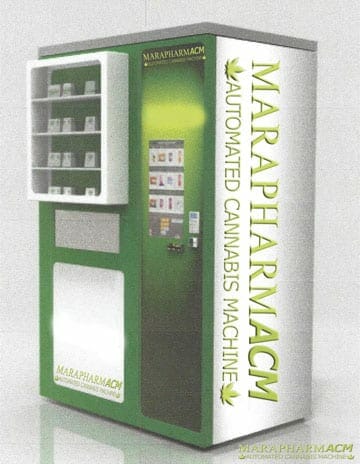 “Initially, ACMs will be located within retail outlets or dispensaries in Washington and Nevada,” said the company in a news release. “ACMs will stock and only sell Marapharm products in states where Marapharm owns the cultivation facilities and is permitted to act as a retail dispenser. In other areas, the machines will be leased to growers or will occupy floor space in retail outlets and dispensaries under revenue participation agreements. Marapharm has ordered and paid for two pilot ACMs, with delivery expected to take place in January, 2017.”

Simply put, Marapharm is a monster, and is starting to Canopy it in the US space. I’m adding on dips.

Unrelated to weed companies, found this interesting thing on Indiegogo – the first card game where you take a company public…?

FULL DISCLOSURE: Tinley and Marapharm are Equity.Guru marketing clients, and the author owns stock in both and Golden Leaf.