Equity.Guru clients don’t always like their first few days working with the company. We set out to not just cheerlead the companies we work with, and we believe you don’t pay attention when all you hear is rah-rah combined with long disclaimers of conflicted interest.

In the case of Laguna Blends, the first few weeks of their work with us was punctuated with a rollback, big downward swings, and delays in getting the company to a place investors had been promised.

That happens. A new company always has a lot of moving parts, and it takes some time to get them moving in concert. With Laguna, it took some time alright.

And so we were aggressive with them. Milestones missed, early rollback, we weren’t happy and we said so. And the CEO wasn’t happy that we were coming at him like a spider monkey. Intense discussions ensued.

But I said back then what I always say: Deliver on your promises and we’ll yell about it. Even if it happens after the contract has ended.

I have no contract with Laguna Blends today, but I’m a big believer that it has benefited from being put to the test, and today’s share price and market activity and ongoing news have it in good stead going forward.

I started talking about Laguna again when it was under $0.10 in mid-June. Then, I said it was go-time on the company as early sales had started coming in and they were decent. In early July, it had doubled. By mid-July it had tripled. Today it’s up to $0.40, volume has been growing solidly, and the company has been acquiring licenses for new products.

There was the CBD facial serum product, then an agreement to license six more from the same developer, the signing of athlete ambassadors, then the 60% pickup of a CBD bottled water company, a deal to develop ‘memory coffee‘, and product distribution expansion into several more countries.

This in addition to their hemp protein coffee and protein powder lines that I drink every day.

I’d really like to see more sales numbers and updates from the pointy end but, man alive, the company has turned itself around and – finally – done what it said it would do. If you got on board when I did, and have turned your dimes into four dimes while doing so, I’m genuinely happy that, back in the day, we cracked the whip and kept things on the straight for you.

I don’t own LAG.C stock right now – took my profits a little bit ago, but I’m looking for a dip to get back in there should the opportunity arise.

FULL DISCLOSURE: There is no commercial arrangement between Laguna Blends and Equity.Guru 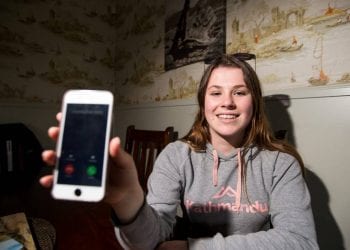