A few weeks back, I put out a piece about a company nobody has talked about in a while that, I think, is quietly killing it, without the market having noticed.

Iplayco builds and designs kids adventure centres and playgrounds, and is exporting a ton of these in the last nine months.

They did a standard promo round a few years back and subsequently botched things pretty nicely, leading to an appropriate drop in share price, but coming out of Q2 of this year, it appeared that a new partnership with a fast growing US/Middle East play chain, BillyBeez, is reaping big dividends for the firm.

A few weeks back I noted the company had done $9m in sales in three months, up from $3.3m the three moths before. Today Iplayco announced it had racked up another $4.2m in sales in four new deals, which puts 2016 sales to date at $13.9 million, a huge jump from the previous year and more than the company’s $13 million market cap.

I’m up about 12% on my IPC.V investment in the last few weeks, but I think there’s a lot of climbing to do, because many of the daily rises in that time have been on tiny trading volume. If the public gets behind this story, it has a long way to run and I think will do so quickly.

They’re also acquiring suppliers, for cheap, which generally points to an expectation of sales growth.

There’s no commercial relationship here – I don’t work with Iplayco, but I see them as a classic Moneyball pick where the market has forgotten them right as they start to surge.

With sales numbers coming in thick and fast outside of quarterly reports, I’m increasing my stake. 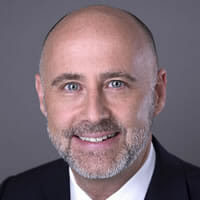