No, just.. stop it now. No more bullshit lithium plays

Godammit all to heck, I’m SO sick of this routine. It’s like the Canadian penny stock business can’t help itself but wallow in the murk.

We saw it in rare earths, graphite, weed, now we’re seeing it in lithium – the carousel of shell companies and bullshit failures in other sectors that get spun into a deal to acquire a piece of whatever’s hot right now.

In the case of the current industry trend, that means grabbing at a lithium property, which is usually code for ‘a failed oil property’ or a piece of desert where salty water pops up if you yank on the well pump lever, or not. I’m pretty sure my yard has brines, if any sub 1c shell wants to throw me a quick twenty G’s for the rights.

It made sense at first. Your Lithium-X deals and your Clayton Valley clumpers were onto something good when Tesla made clear it wanted to ramp up battery production and development to hitherto unheard of levels. So their stocks climbed. Hard. Stupidly hard.

Which, of course, saw a load of new entries into the mix, some of which also make sense. Plays that steered clear of the Clayton and that might be able to turn oil wells that were shut down because too much briny water made them non-economical to operate (Scientific Metals – STM.V – as an example) might be on to something. There are others that are just straight up collecting briny properties with the expectation that others will be interested in picking them up later (your Clean Commodities Corp – CLE.V – formerly Athabasca Nuclear and, I hear, Signal Exploration – SNL.H).

Look, I can get behind someone who spots a trend and tries to get in front of it. Sure, have at it. Makes more sense than sitting on a copper property nobody wants to pay you for.

But this morning I’m seeing news releases that just shit me up the wall because they’re saying one thing and one thing only – “yeah, me too.”

Here’s one, from former weed play (which was a former mining play before that), PUF Ventures (PUF.C), where they don’t even hide their motivation as being trend chasers:

In order to capitalize on the recent surging demand for Lithium, it has acquired a 100% interest in certain mineral claims located in Quebec, Canada, known as the Lac Saint Simon Lithium Property pursuant to a mineral property acquisition agreement with Thomas Clarke, an individual who is the beneficial owner of the Claims.

Of course, this property must be worth a fortune! I mean, big neighbour, hot sector, Tesla, Back to the Future, houses made of batteries, #hottrend!

Pursuant to the Agreement, the Company wishes to purchase 100% of the Claims from the Vendor for consideration of 2,000,000 common shares in the capital of the Company.

Otherwise known as $110k worth of paper.

Mind you, last month, when PUF was just a weed company without a weed license, that 2m shares would have been worth $30k. BIG deal.

And to prove how important a deal this is, there’s this:

Despite this opportunistic entry into the Lithium space, the Company remains fully committed to its longstanding MMPR strategy and ultimate goal of becoming a licensed [marijuana] producer. As announced in the news release dated July 18, 2016, PUF is currently in position number 28 in the Health Canada licensing process.

On the Venture Exchange, this would be known as a ‘change of business’, and see a long halt as the company churned through relevant paperwork. PUF’s folk know all about this process because it basically killed them back in 2014, when they were one of the hot weed stocks.

On the CSE, apparently, straddling two completely different businesses is no biggie. Go ahead, sell bowling balls to amputees while developing diabetes drugs out of frog livers – it’s all fine. Business is business, whether you’re trend-chasing lithium or trying to sell weed.

So who else is making really well reasoned decisions to stick a foot in lithium in an effort to boost a sagging share price even though they’ll almost certainly never actually process an ounce of the stuff?

Sure. Why take one when you can take three?

After much talk of how great they are as lithium prospects:

NI-43-101 reports have not been prepared on these properties.

Of course. And NFE.V got these great projects ahead of existing much larger companies like Albermarle and Lithium-X because…?

Oh yeah. They don’t need them. Or want them.

Guys, has anyone put a second of thought to the companies who have been in the lithium business for years, have plenty of cash in hand, and who also see the Tesla boom coming?

Why do you think they’re not out there picking up every cow paddock with paper that actually has worth to it – you know, the kind with ‘in God we trust’ written on one side?

It’s because they don’t need it. The lithium die has been cast. Companies that are just now picking up unexplored briny lake beds are out of the business. You’re either right there next to a gigantor who needs more space, or you’re in a position where you can get at brines you know exist – quickly – or you’re out.

99% of these lithium plays will never produce lithium, because production is hard. You need processing tech. You need lots of water (generally not present on a dry lake bed in a desert). You need infrastructure and people who’ve done it before and an end customer who actually wants what you’re creating.

Tesla has already said it won’t deal outside North America, so those off-shore plays are duds. And the Clayton is already embroiled in water rights issues with the company that’s actually producing already, so that’s a tough run.

And tell me, do you really think Elon Musk is sitting there rocking away in his throne of platinum and gold, muttering to himself, “Come on, PUF Ventures, make this thing work or I don’t know what I’ll do!”

I mean, surely nobody is dumb enough with their money to go pile it on to an otherwise sluggish company in a crappy sector just because they found a tiny lithium property that could never… 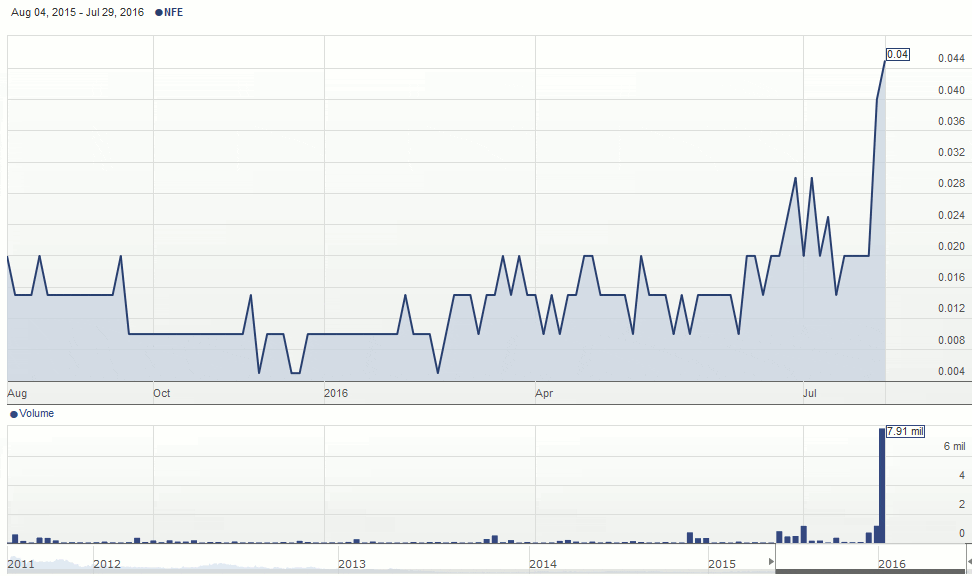 I take it all back. I for one look forward to serving our new lithium explorer masters.