Fish in a barrel: Greenbank (GBC.C) is not even trying to sound real

I’ve been peeling back the skull of GreenBank Capital (GBC.C) on a fairly regular basis for a long time now, because every now and then you just need to go and set off fireworks in that old car wreck behind the Gas and Sip.

GreenBank Capital (GBC.C) is not a stock you own, nor is it one you’d go near if you bothered to spend 12 seconds researching it, because everything about it is dumb.

The business model is dumb: The company wants to establish the world’s first non-anonymous crypto-coin currency, which require users to give their name and phone number to do a deal, and would thus be taxable. I’m fairly sure this combination of words has never been strung together in this order, ever, in the history of language before because it is quite simply the oddest notion you could think of, let alone build a public company around.

Cryptocurrencies are interesting precisely because they’re anonymous. By being outside the control of governments, people can use such things to do business, engage in commerce, and move bucks about without someone taking a piece (paypal) or getting all involved in the whos and whys and hows (government, banks). Anonymity is the point. Without it, there’s no reason to engage. If I’m going to pay taxes on the deal and have my name tied to it, I’ll just use my debit card, thanks.

And the team behind it is dumb – not that they’re not smart people, but they’re the opposite of company builders. In fact, they’re shell spinners and have, notoriously, spun off companies that in turn spun off as many as 25 others from a single unit. The Financial Post called out CEO Danny Wettreich for this, less than a year after I did a monumental takedown piece on the whole bill of beans.

Wettreich came to my attention, and was ultimately hipchecked by regulators, when he tried to take over three companies in a single day, all penniless, directionless messes with stockholders desperate for an out at a half penny or so.

Admittedly, the tech behind bitcoin is interesting and, if it could be mainstreamed, could really change the financial world. And it will, soon, because large institutions are currently engaging in blockchain testing that would essentially use bitcoin tech to move currency instantly, inexpensively, and securely.

But that’s not GreenBank.

What is GreenBank? Well, perhaps it’s worth talking about what it was. At a Cambridge House investor conference a few years back, it was telling seniors they could use GreenBank to buy Bitcoins, because it was starting a Bitcoin investment fund. Why, if you didn’t want to engage in that whole business of just opening your own Bitcoin account and buying it yourself, you could have GreenBank do it, for just a 10% management fee.

And if you had spare coin left over, you could invest in the fund itself.

This was all great (in the ironic humour sense), and got even better when the regulators pointed out to GreenBank that they weren’t actually a bank, or an exempt market dealer, and shouldn’t be selling into an investment fund as a result.

So clearly there’s been a lot of thought put into all this.

But the beauty of this continually terrible play, which the Wettreich family owns most of and props up whenever they need to put out a news release, is that they appear to believe their own hype.

Consider this piece of bought and paid for bullshit of the most obvious order, at the odiously named UptickNewswire.com. From the first line, the author loses any and all credibility: “Uptick is always looking for strong companies to evaluate and bring to readers. Today is no exception, with GreenBank Capital, Inc.”

But let’s continue with what may well be the greatest few lines of unintentional hilarity ever uttered by a pump outlet:

“GreenCoinX has commenced negotiations with worldwide governmental authorities to establish the taxation and identification parameters that each country requires.”

Yeah, a guy who owns a closet full of shells with market caps valued at $50k or less is going to be a real player in the international governmental finance field.

Hey Janet Yellen, your number just came up, lady. Danny Wettreich is going to fix your global markets and eat a taco while doing it.

“With the legitimacy presented by the GreenCoinX, it is no surprise that the Isle of Man welcomed it to its shores.”

BWAAAAAAAAAAAAHAHAHA. Yes, because the isle of Man is renowned as a place you do business in when you’re engaging in negotiations with ‘worldwide government authorities’ on how to fix their financial networks. Was Panama busy?

You know what else the Isle of Man is famous for? Shell companies. Which leads us to this perfect passage:

The Company’s statement regarding hiring 18 to 20 employees along with appointing ex-banker Alan Molloy as CEO for its Isle of Man operations gives a clear indication for continued growth.

Alan Molloy has a bio page up for the Isle of Man law firm, Stuart Smalley LLC.

No, not this Stuart Smalley:

The Stuart Smalley I’m referring to describes itself as “a team of solicitors with the skill and expertise to provide timely legal advice in dealing with the complexities of insolvency or administering a voluntary liquidation.”

On his website, it describes Molloy as “heavily involved in the activities of The One to One Trust Company and is the primary contact for a number of clients.”

Funny thing: If you need someone to put their name to your shell, he’s your guy, and he has the time because, well, the One to One Trust Company has been dissolved.

Don’t hold your breath waiting for those twenty jobs, Isle of Man.

And way to bring the deep analysis, UptickNewswire. How long did it take for Wettreich to write the story you put your name to?

Oh, and if you want to get in on the $78,000 private placement financing that GreenBank just announced, with the $0.30 shares and the $0.30 warrants, sorry, it just closed.

The whole thing was, of course, taken up by Danny Wettreich. 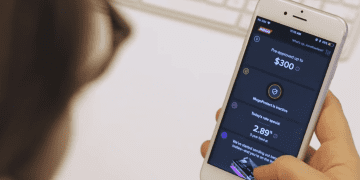